Manchester United and Chelsea are plotting record-breaking £173m bids for a world class attacker. Find out all the details here.

Managers are now making moves to try and strengthen their squads during the January transfer window so we’ll bring you all the latest gossip from around the globe. Today, Man Utd and Chelsea are linked with Gareth Bale….

Manchester United and Chelsea are plotting record-breaking £173m bids for Real Madrid superstar Gareth Bale as they look to lure the attacker back to the Premier League, according to a report in the Daily Star.

Bale made his name during a six-year spell at Tottenham Hotspur where he developed in to one of the best attackers in world football before securing a then world-record £86m move to Madrid in 2013.

The Welsh international has continued to showcase his sensational talent in Spain with his 65 goals and 50 assists in 139 games helping the La Liga giants win two Champions League trophies in his three full seasons so far.

Despite his success at the Bernabeu, Bale has constantly been linked with a move back to England and the Daily Star are now citing reports coming from Spanish outlet Don Balon that claims Man Utd and Chelsea are now plotting outrageous bids for the attacker.

The newspaper report suggests that the pair are plotting to smash the world transfer record by testing Madrid’s resolve with offers worth £173m (€200m) for Bale’s signature this summer.

United are the wealthiest club in the world so if anyone could afford that sort of money it would be them while Chelsea are not only backed by Russian billionaire Roman Abramovic but they recently agreed a £900m kit deal with Nike and also raised over £80m with the sales of Oscar and John Obi Mikel to China. 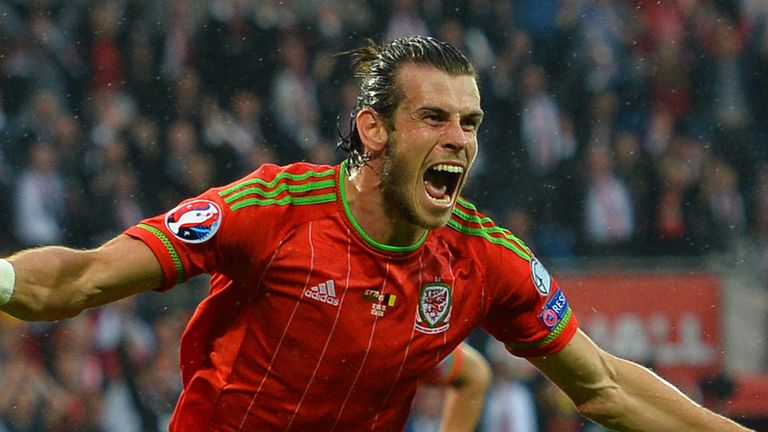 However, even in today’s over inflated transfer market, I still find it extremely difficult to believe either United or Chelsea would be foolish enough to pay £173m for one football player. Not even the Chinese clubs would pay that!

Plus, there is no reason to think Bale wants to leave Madrid as he signed a new five-and-a-half year deal in October that saw his wages increase to £350,000-a-week after tax while his buyout clause is set at a whopping £865m [source: Daily Star].

If that wasn’t enough, after signing his new deal, Bale insisted that he was happy in Spain and fully intends to see out the rest of his contract at the Bernabeu. He’s quoted as saying by the Daily Star:

“The reason I signed here for so long is because I’m very happy here.

“I feel more comfortable every year that I’m here as well. I’m improving my Spanish, my family’s more settled. I fully intend to see out my contract here.

“Obviously in the future, I don’t know when I’m going to retire, but I’m very happy here at the moment and for the next six years I’m not looking past that really.”

So as much as we’d all love to see a player of Bale’s quality back in English football, I really don’t think anything is going to come of these reports linking him with a big-money move to Chelsea or United this summer. That won’t stop the papers from speculating though…..