Tottenham are keen on signing a £5m-rated Italian international with his agent already in London discussing terms over a move this move.

Managers are now making moves to try and strengthen their squads during the January transfer window so we’ll bring you all the latest gossip from around the globe. Today, Tottenham are linked with Andrea Ranocchia…. 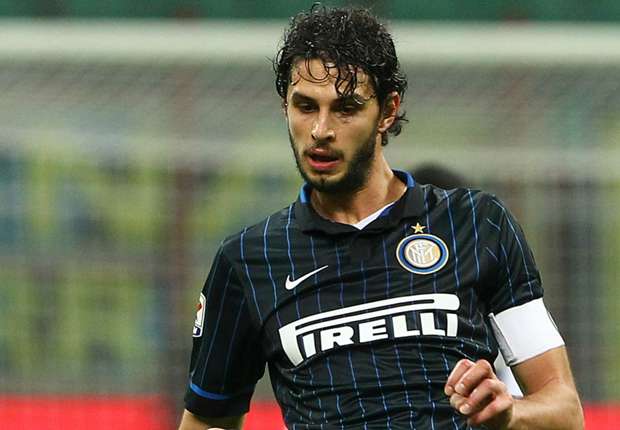 Tottenham Hotspur are keen on signing Inter Milan defender Andrea Ranocchia with his agent in London to hold talks with interested parties over a potential move, according to a report in the Express.

Ranocchia has been with Inter since joining the club from Genoa in 2011 and was initially a big hit at the San Siro as he was named as club captain in 2014 after replacing the retired Javier Zanetti and was a regular with the Italian national team, with 21 caps to his name.

However, the 28-year-old has since fallen out-of-favour and has struggled to hold down a regular spot over the past 18 months having been stripped of the captaincy in 2015, with the centre-back forced to join Sampdoria on loan last season just to get some playing time under his belt.

Ranocchia has continued to be a marginal figure this season, featuring in just 5 Serie A games so far, and he’s been linked with another move away from the club this month having failed to play in any of the clubs last seven games.

It looks like the Italian ace could be given a chance to resurrect his career in the Premier League as the Express are citing a report coming from the Evening Standard that claims Tottenham are keen on bringing Ranocchia to England this month.

Mauricio Pochettino is light on options at the back after Jan Vertonghen was ruled out for at least six weeks with an ankle injury that he sustained against West Brom last week and it appears the Spurs boss could now dip in to the market.

Ranocchia  is seemingly on Pochettino’s radar but the newspaper says that although Spurs could face competition from West Ham and Hull, the north Londoners are favourites to secure his signature with the defenders agent already in London discussing terms with the interested parties.

The Express state that Inter are willing to discuss a loan deal until the end of the season but Spurs would prefer a permanent transfer with the Italians understood to value Ranocchia at around £5million.

That sort of money seems good value for a seasoned central defender who has plenty of experience at both club and international level so it could be a shrewd piece of business if Spurs decide to push ahead with a deal.

Kevin Wimmer had been expected to deputise for Vertonghen at the back during his absence but the Austrian struggled during Saturday’s draw at Manchester City and was hauled off at half-time.

To add to Pochettino’s concerns, Toby Alderweireld was forced off at the Etihad after picking up a hamstring complaint and if the Belgian international is also ruled out for any significant period of time then it could see Spurs push ahead with a deal for Ranocchia before the end of the month.