Liverpool fans have awoken to the news that Philippe Coutinho has ended speculation over his future after signing a new long-term contract with the club. 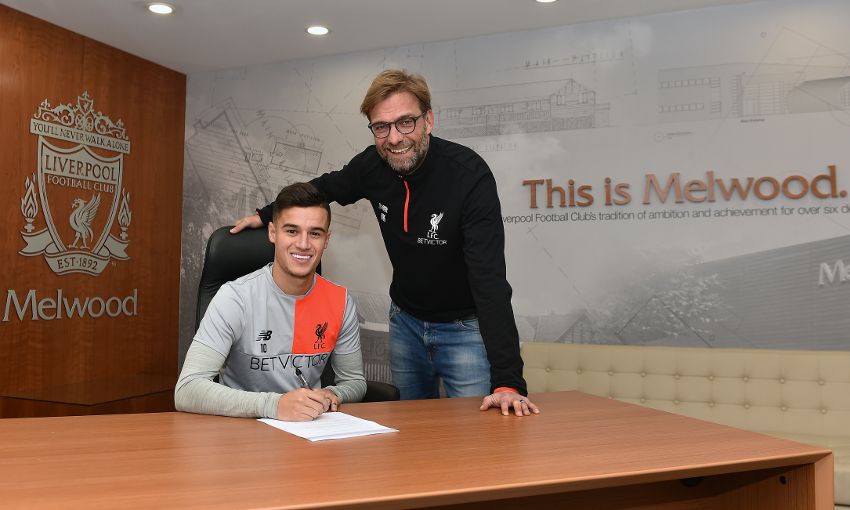 Liverpool fans have awoken this morning to the news that Philippe Coutinho has ended speculation over his future after signing a new long-term contract with the club.

Reports in recent weeks have claimed that Coutinho’s representatives had been in advanced negotiations with the Liverpool hierarchy over a new deal amid reported interest from some of Europe’s top clubs.

It hasn’t taken long for a deal to be thrashed out as the Merseysders announced on Liverpoolfc.com this morning that Coutinho has now committed his future to Anfield after signing a new long-term contract.

The club haven’t disclosed the exact details of the new contract but the Daily Mail are one of several media outlets who claim Coutinho has signed a deal until 2022 which is worth at least £200,000-a-week, making him the highest paid player in the clubs history.

The news will come as a huge relief to Liverpool fans as there were fears the Brazilian international could be lured to the likes of Barcelona this summer and in a double boost, the newspaper says that there is NO buyout clause included in the new contract.

After signing the deal, Coutinho explained to Liverpoolfc.com why he decided to extend his stay at Anfield.

“I would like to thank everybody at the club, first of all. I am very happy to sign a new contract here. It is a club that I am very grateful to and this shows my happiness here. I will work much harder to repay the belief shown in me.

“I signed this new contract to stay here for a few more years because it’s a great honour for me. It gives me great happiness because I was welcomed here with open arms by everyone at the club and the supporters right from my first day. I am very thankful to this football club for everything.”

Coutinho had been in superb form this season and was a key force in Liverpool’s early challenge for the Premier League title but his campaign was derailed by an ankle ligament injury which has kept him out since late November.

The 24-year-old is now fully fit again and will be hoping to celebrate his new deal by helping Liverpool book their place in the final of the EFL Cup when they take on Southampton in their semi final second leg this evening.

Here are more photos of Coutinho after penning his deal courtesy of Liverpoolfc.com: 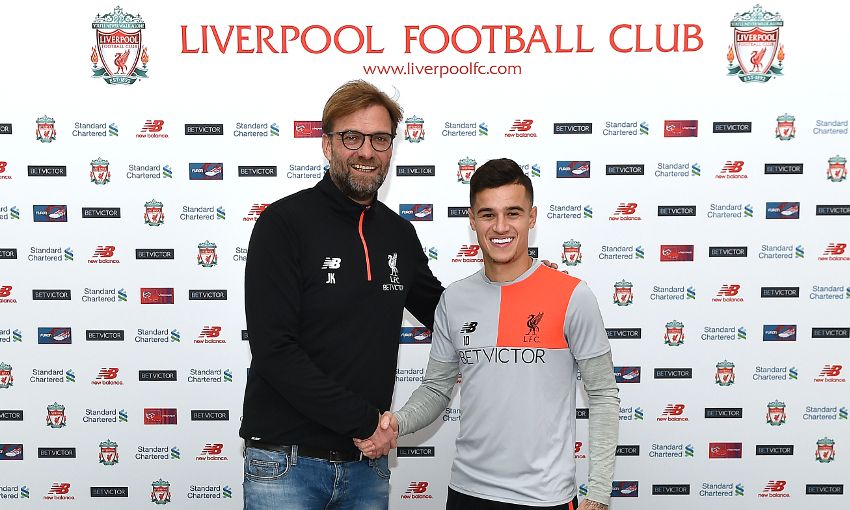 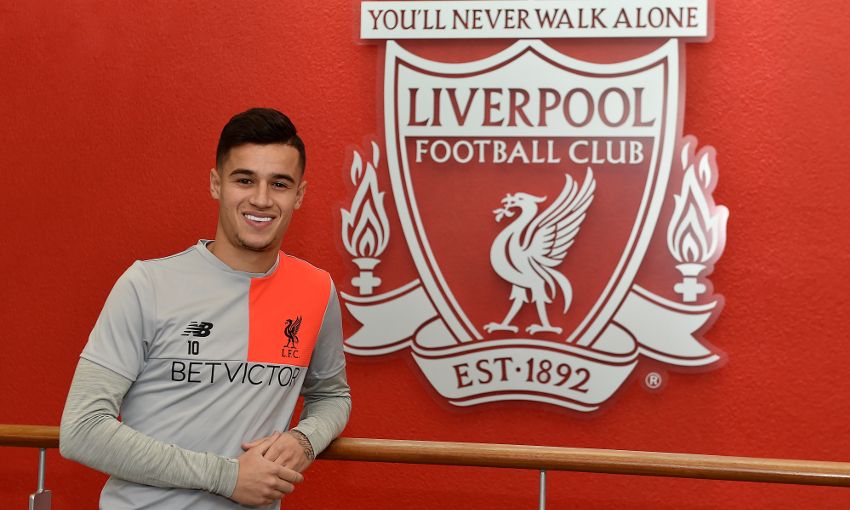 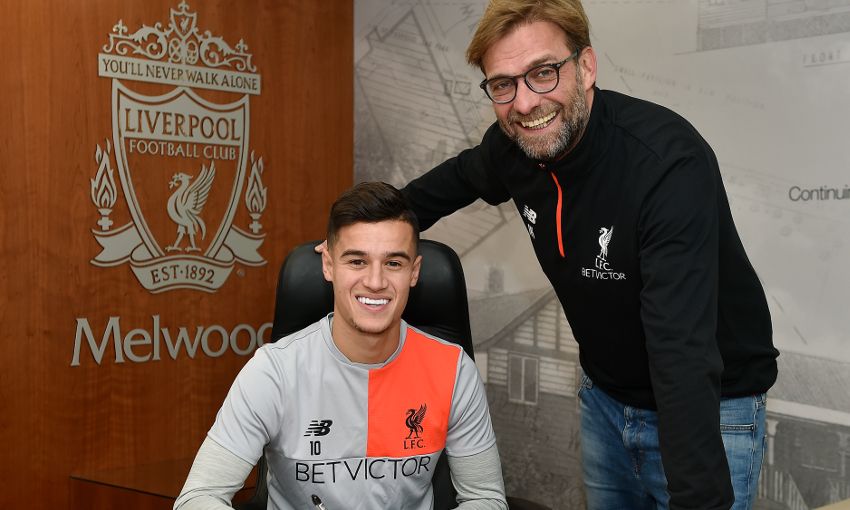