Managers are now making moves to try and strengthen their squads during the January transfer window so we’ll bring you all the latest gossip from around the globe. Today, more on the future of Franck Kessie… 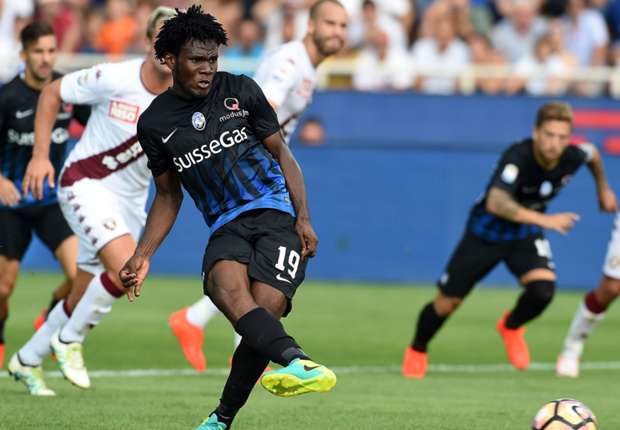 Chelsea are confident of getting a deal agreed for Franck Kessie despite seeing their opening £27m bid rejected by Atalanta for the Arsenal and Liverpool target, according to the Daily Star.

Kessie joined Atalanta in 2015 and after spending a season on loan at Cesena last year, the midfielder has become a an integral part of Gian Peiro Gasperini’s starting eleven this campaign.

Despite being a defensive midfielder, the 20-year-old has scored an impressive 7 goals as well as providing a further two assists in his 17 appearances so far to help Atalanta secure their current sixth-placed position in the Serie A table.

Kessie’s form has attracted interest from the Premier League with the Daily Star claiming that the players agent, George Atangana, has already confirmed that Arsenal, Chelsea and Liverpool are among the clubs who’ve registered their interest in signing him.

It looks as though the Blues have now stolen a march on their rivals as the newspaper says that Chelsea have tabled a bid worth £27m after holding extensive talks with Atangana about a possible move to west London.

The Daily Star state that Chelsea’s offer was £21m up front with a further £6m coming in add ons and although Atalanta have rejected the bid, the paper says that the Blues remain confident a deal is there to be agreed.

The report suggests that Kessie is keen on joining Chelsea but isn’t willing to force a move so the Blues are hoping to persuade Atalanta by telling them they are prepared to sign the midfielder now and loan him back to the Italians until the summer.

Kessie has been away with the Ivory Coast squad in Gabon but with the Elephants now knocked out of the African Cup of Nations, negotiations over the youngsters future should now accelerate over the coming days as we approach the close of the winter window.

We’ll have to wait and see how things develop and there is still time for the likes of Arsenal or Liverpool to step-up their interest but Kessie would be an exciting addition to the Chelsea squad if they were able to win the race for his signature.

Antonio Conte needs reinforcements in the defensive midfield department following John Obi Mikel’s move to China earlier this month and Kessie has the potential to be one of the best players in his position in Europe over the coming years.