Chelsea take on Brentford in the FA Cup at Stamford Bridge tomorrow. Here is a preview with team news, line-up, betting tips and predicted score.

The Blues head in to the game after tightening their grip at the top of the Premier League table by opening up an eight point advantage with a routine 2-0 victory over Hull City last weekend.

However, the focus should be on FA Cup matters this weekend as Antonio Conte’s side look to go one step closer to a possible league and cup double having already eased past Peterborough in the previous round.

They’ll face west London rivals Brentford after they thrashed Eastleigh in the third round but the Championship side know they face a much stiff test at the Bridge this weekend.

Chelsea have no fresh injury worries to contend with so Conte is expected to freshen things up and rest some of his key men ahead of crucial league games against Liverpool and Arsenal.

The likes of David Luiz, N’Golo Kante, Nemanja Matic, Eden Hazard and Diego Costa are all expected to be given a breather which should open the door for some of the fringe players.

Conte has already confirmed that Asmir Begovic will start in goal despite rumours linking him with a move to Bournemouth while Nathan Ake will also get a chance to impress.

Michy Batshuayi will also start up front while the likes of Cesc Fabregas, Kurt Zouma and Willian should also come in to the side. 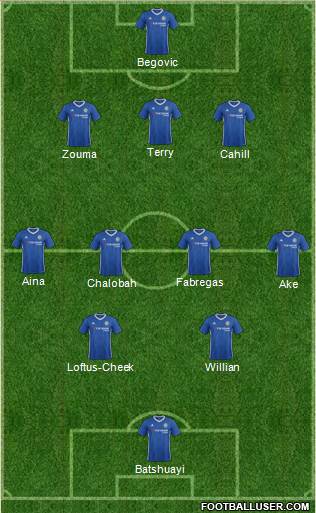 Chelsea 2-0 Brentford: The Blues have been in sensational form for the past few months and despite making wholesale changes to his starting eleven, Conte is still able to field a side that should have far too much quality for Brentford tomorrow. Therefore, I’m going for a 2-0 win.

Chelsea are the 1/5 favourites to win the game but if you want more value then our prediction of 2-0 is available at odds of 6/1 while if we throw in Willian as first goalscorer we get very tempting odds of 16/1.

However, it’s always difficult to predict results in the FA Cup, and that’s where Odinbet comes in….

Odinbet is FREE to use, and statistical analysis for games played in world football’s top 12 leagues. Use the filter system to refine which games you should bet on and view the analysis that mathematical system produces to give you the best chance of making money from the Chelsea vs Brentford game.