Arsenal take on Southampton at St Mary’s in the FA Cup this evening. Here is a preview with team news, line-ups, betting tips and predicted score.

Arsenal will be looking to book their place in the fifth round of the FA Cup when we take on Southampton at St Mary’s on Saturday evening.

We’ll have to do it without Arsene Wenger as the boss begins his four-match touchline ban after being found guilty of misconduct following his bust-up with referee Jon Moss and fourth official Anthony Taylor last week.

The incident came during our dramatic 2-1 win over Burnley at the Emirates that saw Alexis Sanchez score a 97th minute penalty to secure a vital three points and move us up to second in the Premier League table.

We go in to today’s game looking to go one step closer to reaching a record 20th FA Cup final and Wenger will be keen to extend our superb record in the competition having won the cup twice in the last three years.

However, we’ll face a tough Southampton side who’ll be in confident mood after booking their place in the EFL Cup final with a 2-0 aggregate win over Liverpool on Wednesday night.

Wenger is expected to rotate his squad with the likes of Petr Cech, Laurent Koscielny, Nacho Monreal, Mesut Ozil and Alexis Sanchez all set to be rested for the trip to St Mary’s.

David Ospina will start in goal while Hector Bellerin is back after recovering from an ankle injury. Theo Walcott is also back in contention after overcoming a calf problem that’s kept him out for the last six games.

Per Mertesacker and Mathieu Debuchy returned to full training last week but Santi Cazorla remains out with a long-term Achilles injury.

Granit Xhaka starts a four-game ban following his sending off against Burnley while Mohamed Elneny is away at the Africa Cup of Nations.

Danny Welbeck is being tipped to make his first start of the season after recovering from a serious knee injury while Lucas Perez and Alex Oxlade-Chamberlain are also pushing for game time.

Southampton will be without Virgil van Dijk, James Ward-Prowse and Jay Rodriguez for the game while Charlie Austin, Jeremy Pied, Matt Targett, Alex McCarthy and Sofiane Boufal are also injured. 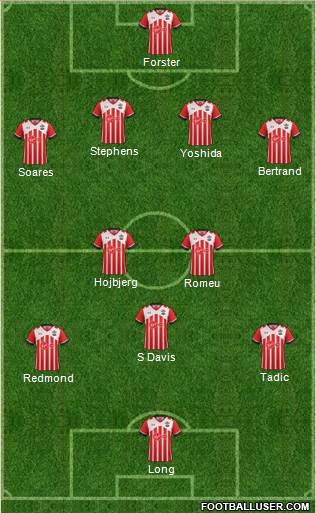 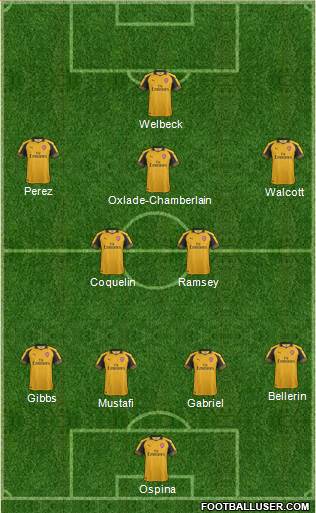 Southampton 0-1 Arsenal: It’s probably a good time to play Southampton following their gruelling win over Liverpool on Wednesday night but I’m still expecting this to be an extremely tough game. The Saints have tightened up at the back and haven’t conceded in their last three games so I don’t think we’ll see a high scoring match. I fancy Arsenal to edge it 1-0, however, it’s always difficult to predict results in the FA Cup and that’s where Odinbet comes in….