Man Utd take on Leicester City at the King Power on Sunday. Here is a preview with team news, line-ups, betting tips and predicted score.

Manchester United will be looking to close in on the top four in the Premier League table when they take on Leicester City at the King Power on Sunday afternoon.

United were held to a disappointing 0-0 draw by Hull City at Old Trafford on Wednesday night and they missed the chance to make up some ground on those above them after several of their top four rivals also dropped points in midweek.

The Red Devils have sat back and watched Arsenal and Liverpool slump to defeats this afternoon so Jose Mourinho won’t want to pass up another chance to close in on their rivals so he’ll be desperate to come away with a win tomorrow.

Despite being on a 14-game unbeaten league run, United currently sit sixth in the table but can move to within just one point of fourth placed Liverpool with a win over the defending champions.

Leicester have endured a nightmare campaign and are well on course to putting in the worst title defence in history so Claudio Ranieri will be keen to halt a run of three consecutive defeats to get their season back on track.

United will be without Phil Jones after the defender picked up a bruised foot during the draw with Hull in midweek so Chris Smalling could come back in to the side.

Eric Bailly could also be back in contention after regaining full fitness following his participation in the African Cup of Nations but Mourinho may be reluctant to throw him straight back in to action.

Anthony Martial and Henrikh Mkhitaryan are pushing for recalls in attack but Wayne Rooney may have to make do with a place among the substitutes.

Leicester will continue to be without striker Leonardo Ulloa due to a thigh problem while Islam Slimani remains out with a groin injury. 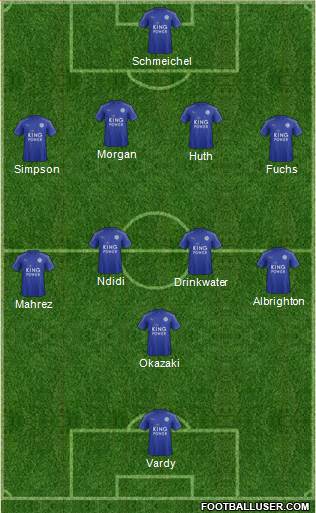 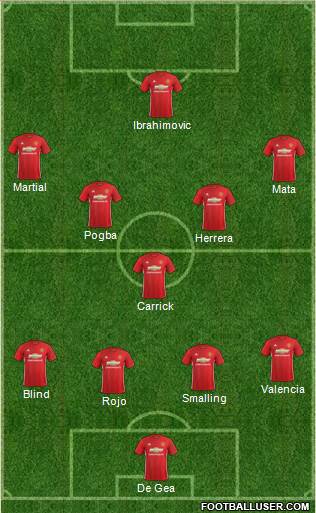 Leicester 1-2 Man Utd: United simply can not pass up another opportunity to close the gap on those above them and they’ll know how important it is to get the three points. Leicester have been poor for much of the season but they did still manage a win over Manchester City at the King Power so United shouldn’t take anything for granted. The Foxes have won just one of their last 17 games against United so I fancy the away side to take home all three points tomorrow.

Odinbet is FREE to use, and statistical analysis for games played in world football’s top 12 leagues. Use the filter system to refine which games you should bet on and view the analysis that mathematical system produces to give you the best chance of making money from the Leicester vs Man Utd game.

United are the 7/10 favourites to win the game but we can get you enhanced odds of 8/1 on the Reds winning – just click here or below to take advantage of these crazy odds [winnings as free bet, T&C’s apply] Here are some other bets I like the look of: