Liverpool are plotting moves for Julian Brandt and Demarai Gray as Jurgen Klopp looks to bring in two new wingers this summer, according to reports

The January transfer window is now closed but we can still look at deals that failed to get across the line and those being lined-up for the summer. Today, Liverpool are linked with two wingers… 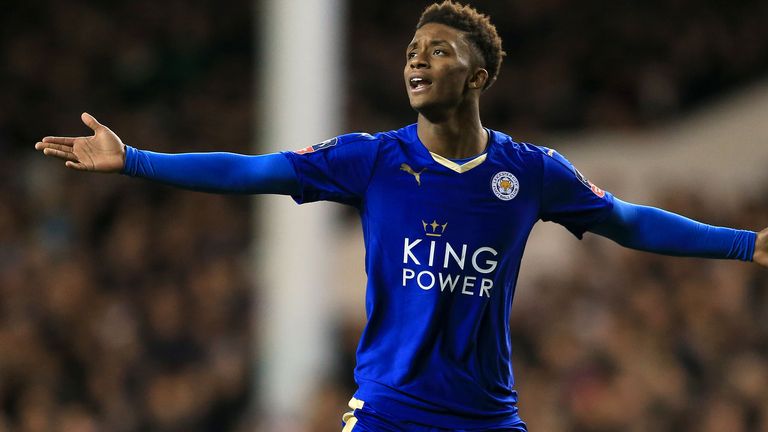 Liverpool are plotting moves for Julian Brandt and Demarai Gray as Jurgen Klopp looks to bring in two new wingers this summer, according to the Daily Mail.

Klopp decided against making any significant additions to his squad during the January transfer window and instead chose to gear up for a busy summer as he continues to overhaul the Reds squad 18 months after his arrival.

The German coach will hope that Liverpool will be back in Europe next season, whether it be in the Champions League or Europa League, so he’s going to need a larger squad and two wide men appear to be on the agenda.

The Daily Mail claim that Demarai Gray is on Klopp’s radar after impressing with Leicester City this season and the 20-year-old’s superb goal during the recent FA Cup replay win over Derby County is sure to have caught Liverpool’s eye.

Gray only moved to the King Power from Birmingham just over a year ago so the Premier League champions will no doubt be reluctant to sell the youngster so soon after acquiring him.

However, every player has a price and Gray fits the profile of the type of player the Liverpool owners look for as he’s a huge talent who has a bright future ahead of him at both club and international level having already represented England at U21 level.

The Daily Mail claim that the other key target on Klopp’s list is Bayer Leverkusen’s Julian Brandt with the Reds set to renew their interest having failed to land the attacker in January.

Brandt has developed in to one of the hottest young talents in German football since breaking in to the Leverkusen first team two years ago and he’s already a full German international with 4 caps to his name so far.

The 20-year-old is predominantly a left-winger but he’s also capable of playing through the middle so he’d be competition for Philippe Coutinho is Liverpool were successful in luring him to Anfield.

The newspaper report suggests that a deal should be relatively straightforward this summer as Leverkusen are enduring a difficult season and are unlikely to qualify for Europe next season.

We’ll have to wait and see how things develop over the coming months but it looks like Klopp is preparing for a hectic summer and as well as two new wingers, I think we’ll see several further arrivals heading to Merseyside as the German continues to reshape his squad.