Could Failure to Finish in Premier League Top Four Be the Final Nail in Arsene Wenger’s Coffin? 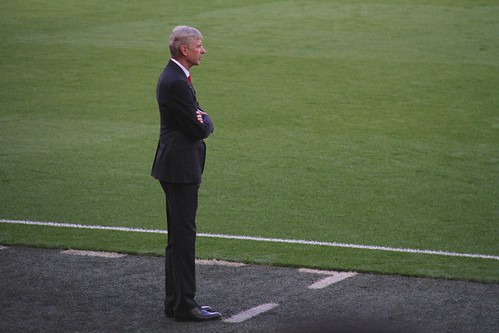 Arsenal are one of the biggest clubs in the world and have a global fan base. The Emirates Stadium is almost always packed for home matches, and the team play beautiful and entertaining football.

The North London outfit are a very stable club. Arsenal are financially sound, they have had the same manager for over 20 years, and they regularly feature in the Champions League. For some, this is success.

In recent years, though, Arsenal fans have grown frustrated. The Gunners have not won the Premier League title since 2004 and have become also-rans in the Champions League. Despite the profits that Arsenal make, only two players stand out among those signed by Wenger in recent years – Mesut Ozil and Alexis Sanchez.

There have been protests against Wenger at the Emirates, and one suspects that more demonstrations will take place between now and the end of the season. With odds on 888sport of the Gunners winning the Premier League at 50/1, it looks like Arsenal’s title challenge is over for another year.

Even a top-four finish is not guaranteed. Arsenal have finished in the top four in each of Wenger’s 20 years in charge, but there is a very good chance that the record could break this season. With Manchester United, Manchester City, Tottenham Hotspur, Liverpool and Chelsea all fighting for the Champions League places, the Gunners have a tough battle on their hands.

Wenger’s current contract with Arsenal runs out at the end of the season, and perhaps failure to clinch a Champions League place could see him depart. After all, it could send a strong signal to the club’s hierarchy that things need to change. With the futures of Ozil and Sanchez wrapped up in uncertainty, ending up outside the top four could infuriate the Emirates faithful even more.

No one can deny that Wenger is a legend at Arsenal. What he has achieved over the years, especially his record of guiding the club to the group stage of the Champions League year after year, is exceptional, but all good things come to an end. Perhaps it is time for the club to look at someone new and younger who could take them to the next level. 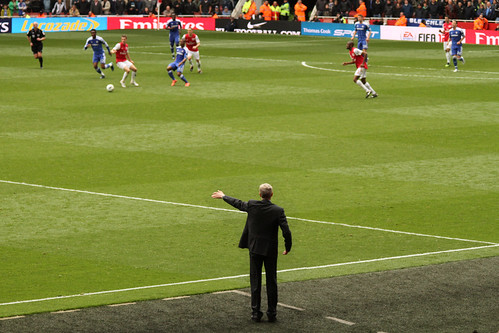 Of course, changing managers is never easy and comes with its own risk. Just take a look at Manchester United. Since the departure of Sir Alex Ferguson at the end of the 2012-13 season, United, one of the biggest and most followed football clubs on the planet, have struggled and are not even in the Champions League anymore. Would Arsenal be in a similar situation should Wenger decide to call it a day at the end of the season? Some Arsenal fans will be worried about what happens next. After all, with Wenger in charge, they know what they are getting so the risk of getting a new manager might outweigh.