Tottenham take on Gent in the Europa League this evening. Here is a preview with team news, line-ups and predicted score.

Tottenham Hotspur will be looking to put one foot in the next phase when they take on AAA Gent in the first leg of their Europa League last-32 tie this evening.

Spurs dropped in to the Europa League after failing to progress from the group stages of the Champions League with the north London finishing third in Group E behind Monaco and Bayer Leverkusen.

It was a huge disappointment in what’s otherwise been another encouraging campaign for Mauricio Pochettino’s men with Spurs currently sitting third in the Premier League table.

However, Pochettino will be looking for a response from his players after they slumped to a 2-0 defeat to Liverpool at Anfield last weekend which has all-but ended any realistic chances of catching run-away leaders Chelsea.

They’ll face a Gent side that are sitting way down in eighth place in the Belgium Pro League having finished second behind Club Brugge last season so Spurs should be confident of taking a positive result back to White Hart Lane.

Tottenham defender Jan Vertonghen is set to resume full training after overcoming an ankle injury that’s kept him out for the last month.

The Belgian international won’t feature this evening but he could be back in contention for Sunday’s FA Cup clash with Fulham.

Danny Rose is also still missing as he continues to recover from a knee injury so Ben Davies is expected to keep his place at left-back.

Erik Lamela is making good progress as he looks to regain full fitness following four months out with a hip injury but this game will still come too soon.

Pochettino is expected to freshen things up with Kieran Trippier, Harry Winks and Moussa Sissoko all pushing for starts. 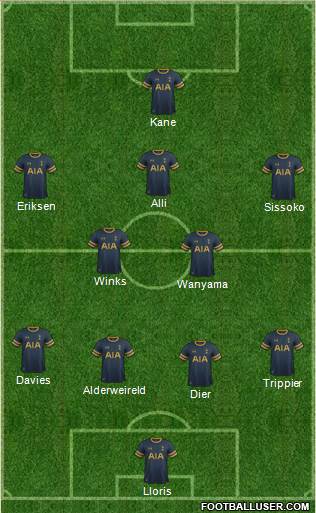 Gent 0-2 Tottenham: Spurs were disappointing at Anfield last time out but Gent won’t present the same kind of threat as Liverpool did last weekend. No doubt the Belgian outfit will be eager to pull off a shock but I’m not expecting any surprises tonight and can see Spurs bringing home a solid 2-0 lead for the second leg.