Manchester United will be looking to put one foot in the next phase when they take on Saint-Etienne in the first leg of their Europa League last-32 tie at Old Trafford this evening.

Jose Mourinho’s side head in to the game in fine form having lost just one of their last 22 games in all competitions and they closed to within just two points of the top four with a 2-0 win over Watford last weekend.

United booked their place in the knockout stages of the Europa League after finishing second in Group A behind Fenerbahce and they should be confident of progressing to the last-16 against Saint-Etienne.

The French side topped Group C ahead of Anderlecht but they currently sit fifth in the Ligue 1 table and they face a tough task in taking home a positive result tonight.

United will be without Phil Jones after the centre-back failed to recover from a foot injury that’s kept him out of the last two games.

Wayne Rooney and Michael Carrick will also miss the game as a precaution due to minor muscular issues which have also seen them miss out in recent weeks.

Mourinho confirmed that Luke Shaw won’t feature tonight as the Portuguese coach has decided to stick with Antonio Valencia, Eric Bailly, Chris Smalling and Daley Blind as his back four.

Marcos Rojo is available against after recovering from the knock that forced him off against Leicester earlier this month but he’ll have to make do with a place on the bench.

Marouane Fellaini, Marcus Rashford and Jesse Lingard are all pushing for recalls if Mourinho decides to freshen things up in attack ahead of Sunday’s FA Cup clash with Blackburn. 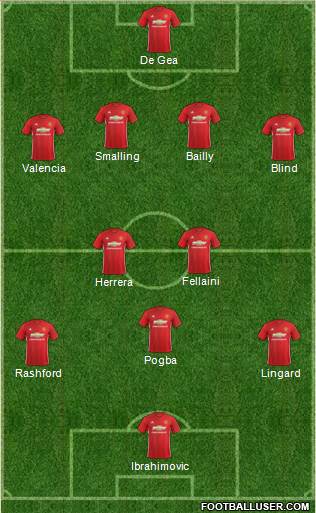 Man Utd 2-0 Saint-Etienne: United are unbeaten in their last 14 European games at Old Trafford and they come in to the game off the back of a superb run of form so I can’t see past anything other than a routine home win tonight. I’m expecting a 2-0 victory for United to put them in control of the tie.

United are the 2/7 favourites to win the game but we can get you enhanced odds of 6/1 on the Reds winning – just click here or below to take advantage of these crazy odds [winnings as free bet, T&C’s apply] Here are some other bets I like the look of: