Arsene Wenger has confirmed an injury doubt for Arsenal’s FA Cup clash with Sutton while he’s also given an update on Alexis Sanchez. 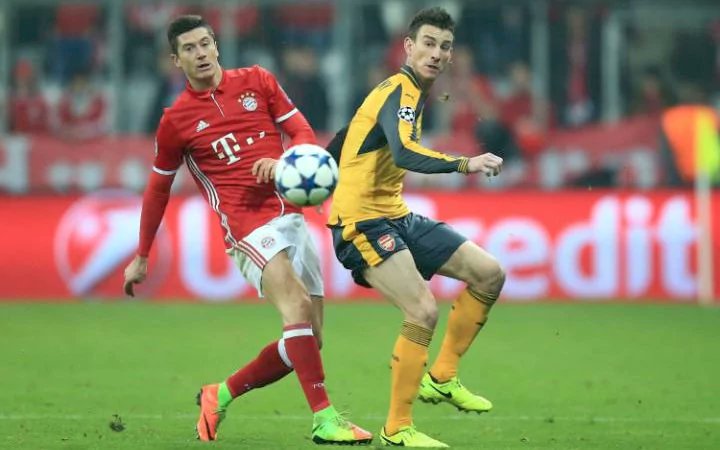 Arsenal will be desperate to bounce back from the Bayern Munich humiliation when we take on Sutton in the fifth round of the FA Cup on Monday night.

Ahead of the game, Arsene Wenger has been speaking to the media at his pre-match press conference this morning and he’s given Arsenal.com a team news and injury update.

The boss started by explaining that Alexis Sanchez has been given permission to fly over to Barcelona to attend a court case linked with an on-going investigation in to alleged tax fraud.

There were reports in the papers that the Chilean international had been given time off to contemplate his future, however, Wenger dismissed those reports as Sanchez is expected to return to training tomorrow.

There was also an update on Laurent Koscielny after the centre-back limped out of our 5-1 mauling to Bayern Munich having picked up a hamstring injury during the first half.

The French international tried to play on after applying some strapping but he tweaked the injury while stretching for the ball early in the second half and had to be replaced by Gabriel.

Wenger refused to put a time-scale on Koscielny’s recovery and says they’ll know more once he undergoes a scan to determine the full extent of the problem later today.

The boss gave an insight in to the sort of team that might face Sutton and it looks as though he’s ready to give some of his fringe players another chance to impress on Monday night.

on why Alexis has been given time off…
He has a court case in Barcelona and he will be back in training tomorrow.

on Koscielny…
I don’t know [how long he will be out], he has a scan today [Friday].

on who could play against Sutton…
A normal team… I gave [some youngsters] a chance [at Southampton] because I think they deserved to play and have a good opportunity to come in for players who usually play, and I think they have done well. One or two might have another chance to say that they can play in every single game now.

Hopefully Koscielny’s hamstring injury isn’t too serious as we all saw on Wednesday night just how important he is to our defence. He won’t face Sutton so he’ll then have two weeks to recover before we face Liverpool next month.

I expect we’ll see the likes of Gabriel, Rob Holding, Mohamed Elneny, Ainsley Maitland-Niles, Jeff Reine-Adelaide, Lucas Perez and Danny Welbeck all come in to the starting eleven on Monday and that side should be more than capable of booking our place in the quarter finals.