Chelsea take on Wolves at Molineux in the FA Cup on Saturday afternoon. Here is a preview with team news, line-ups, betting tips and predicted score.

Chelsea will look to book their place in the quarter finals of the FA Cup when they take on Wolves at Molineux on Saturday afternoon.

Antonio Conte’s side saw their lead at the top of the Premier League cup to 8 points after being held to a 1-1 draw at Burnley last weekend but the west Londoners will now turn their focus to cup matters.

The Blues have breezed in to the fifth round of the FA Cup thanks to comprehensive victories over Peterborough and Brentford but they’ll face a much trickier trip to Wolves this weekend.

The Championship side knocked Liverpool out in the previous round so Paul Lambert will be eyeing another scalp on home soil tomorrow afternoon.

Conte has confirmed he’ll take the opportunity to rest David Luiz as the defender continues to feel an old knee injury that he’s been carrying in recent months.

John Terry could replace the Brazilian international at the back after he recovered from a minor knock while Nathan Ake is expected to start on the left with Marcos Alonso rested.

Conte may decide to give the likes of Asmir Begovic, Kurt Zouma, Cesc Fabregas and Michy Batshuayi a run out in order to give some of his key men a breather.

As for Wolves, they hope to have Jack Price and Nouha Dicko available for selection but Joe Mason and Ivan Cavaleiro remain unavailable. 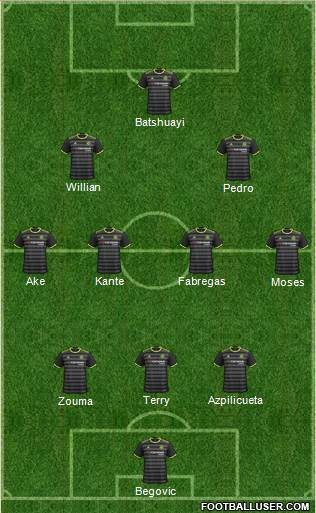 Wolves 0-2 Chelsea: The Blues have been in formidable form for the past four months and even if Conte decides to rotate his squad tomorrow, I still think they’ll have too much for Wolves. The hosts were excellent against Liverpool but they’ve lost their last three games and I think we’ll see them crash out of the cup with Chelsea progressing thanks to a 2-0 win.

Understandably, Chelsea are the heavy favourites but its always difficult to predict results in the FA Cup and that’s where Odinbet comes in….

Odinbet is FREE to use, and statistical analysis for games played in world football’s top 12 leagues. Use the filter system to refine which games you should bet on and view the analysis that mathematical system produces to give you the best chance of making money from the Wolves vs Chelsea game.

Chelsea are the 4/11 favourites but we can get you enhanced odds of 6/1 on an away win – just click here to take advantage of these crazy odds [winnings as free bet, T&C’s apply].