The January transfer window is now closed but we can still look at deals that failed to get across the line and those being lined-up for the summer. Today, more on the future of Bernardo Silva… 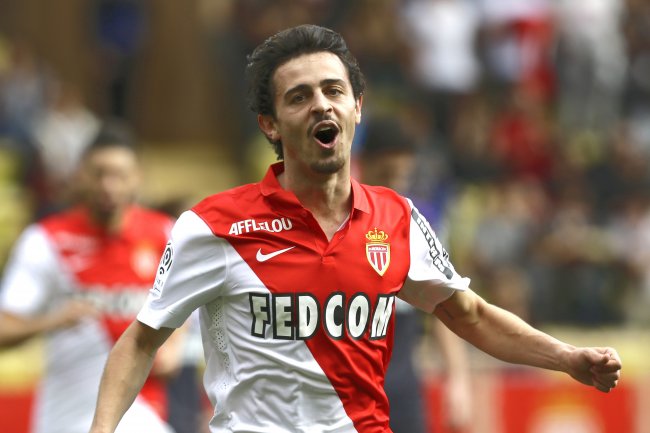 Monaco vice-president Vadim Vasilyev has confirmed that Manchester United and Chelsea target Bernado Silva has attracted interest from ‘major European clubs’, according to the Mirror.

Silva has developed in to one of the most promising young midfielders in Europe after starring for Monaco following his £14m move from Benfica in the summer of 2015.

The 22-year-old was expected to be named in the Portugal squad for Euro 2016 before a thigh injury ruled him out of action but he’s been virtually ever-present for Monaco this season to help them to the top of the Ligue 1 table.

Silva has scored 9 goals and provided a further 7 assists so far and his potential has led to speculation that he could be on the move this summer with a switch to the Premier League seemingly a real possibility.

The Mirror claim that both Manchester United and Chelsea have identified Silva as a summer transfer target and Monaco’s vice-president has now confirmed that Silva, and several other of their top stars, have attracted interest from throughout Europe.

When asked about interest in Silva, Vasilyev is quoted as saying my the Mirror:

“Yes, yes. I really don’t want to go into details, but for all our major players we have interest from major European clubs.

“This is not the right time to talk about it. Let’s finish the season and then we look at the project for next season.

“Me, the coach and the players are focused on this season.”

Silva has predominantly played as a right winger this season but he’s comfortable playing across the midfield positions so his versatility is sure to appeal to the likes of Jose Mourinho and Antonio Conte.

The Portuguese star would be an excellent signing for either club but they’ll need to dig deep if they want to land him as the Mirror suggest Monaco will demand £70m for his signature.

United are gearing up for another busy summer in the transfer market and they are more than capable of paying that kind of money so Mourinho would be well positioned to land Silva if he makes his interest official.

However, I wouldn’t discount Chelsea from the running as they too have the financial muscle to pay huge transfer fees and Conte will probably be able to offer Silva the opportunity to play for the Premier League champions next season with the Blues running away with this years title race.