Jurgen Klopp has offered a positive update on Daniel Sturridge and Dejan Lovren ahead of Liverpool’s clash with Leicester City. 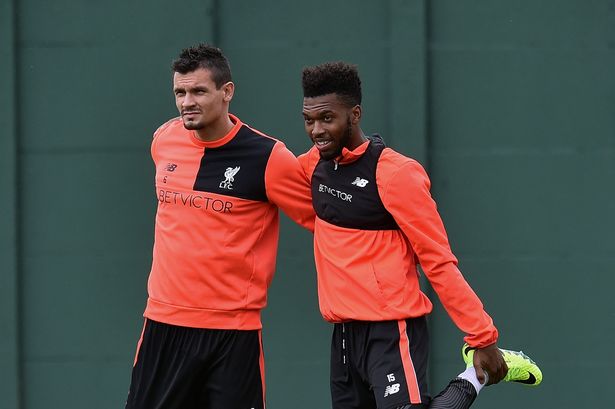 Liverpool will be looking to climb back in to the top four of the Premier League table when they take on Leicester City at the King Power on Monday evening.

Sturridge was forced to leave Liverpool’s mid-season training camp in La Manga last week after being struck down by a nasty virus.

While the rest of the squad remained in Spain, Sturridge was instructed to rest at home in the hope that he’d shake off the virus quickly but it proved difficult to shift as he’s not been able to train at all this week.

However, Klopp has confirmed that the striker should be back at Melwood this afternoon to join in training which could put him in contention for a place in the squad against Leicester on Monday.

There was also a positive update on the fitness of Lovren as the centre-back returned to do light training today after missing the last two games with a knee injury.

Lovren was only initially expected to be out for a short period after suffering the injury earlier this month but it turned out to be more serious than the Liverpool medical team had anticipated.

The Croatian international was sent to visit a specialist in Germany earlier this week and has been unable to train in recent days, however, Klopp says the defender has been back doing some running exercises this afternoon and could return to full training tomorrow.

We’ll have to wait and see how Lovren responds before his availability for the trip to the King Power Stadium is known but it will come as a relief to Liverpool that the centre-back is on the mend.

Lucas Leiva has deputised with mixed results over the past two games so I’m sure Klopp will be keen to get Lovren back in the team and resurrect his partnership alongside Joel Matip.

Klopp on La Manga: "It was a proper camp. Daniel tried but we had to send him home due to virus.He will probably come in today for 1st time.

Klopp on Lovren: the specialist found a few things. They sorted these things. He is running outside and should be able to train tomorrow.

Liverpool head to Leicester as favourites to win the game but its always difficult to predict results in the Premier League and that’s where Odinbet comes in….

Odinbet is FREE to use, and statistical analysis for games played in world football’s top 12 leagues. Use the filter system to refine which games you should bet on and view the analysis that mathematical system produces to give you the best chance of making money from the Leicester vs Liverpool game.