Liverpool take on Leicester City at the King Power this evening. Here is a preview with team news, line-ups, betting tips and predicted score.

Liverpool will look to climb back in to the top four of the Premier League when they take on manager-less Leicester City at the King Power this evening.

The Reds head in to the game well rested as they’ve not played in over two weeks with their last game coming with a 2-0 victory over Tottenham Hotspur at Anfield on February 11th.

Despite that result, the Merseysiders remain fifth in the table but they can take advantage of Arsenal not playing this weekend to climb back in to the top four with a win tonight.

They’ll face a Leicester side in total disarray after they sacked Claudio Ranieri following their 2-1 defeat to Sevilla in the first leg of their Champions League last 16 tie last week.

Craig Shakespeare will be in temporary charge tonight as the Foxes go searching for their first league win since Boxing Day and they slipped in to the bottom three following the weekend results.

Liverpool are the 4/6 favourites to win the game while I like the look of both teams to score at 3/4. My prediction is a 2-1 Liverpool win which can be had at odds of 15/2 but if you want even more value then throw in Roberto Firminio as first scorer for tempting odds of 22/1. However, there are plenty of good price boosts and welcome bonuses on offer here at Titanbet so it’s always worth checking them out before placing your bet to make your money go even further.

Liverpool have been hit by a major blow after skipper Jordan Henderson was ruled out having suffered a foot injury in training on Friday afternoon. Emre Can should come in to the midfield tonight.

Dejan Lovren will be assessed ahead of kick off after returning to training late last week following two games out with a knee injury. Lucas Leiva is on stand-by to deputise at the back if the Croatian international is ruled out.

Striker Daniel Sturridge is also a doubt as he is still suffering the effects of a virus that forced him to fly back early from Liverpool’s warm weather training camp in Spain.

Leicester will hand a late fitness test to Islam Slimani as he’s still carrying a groin injury while Leonardo Ulloa is a doubt with a thigh problem. 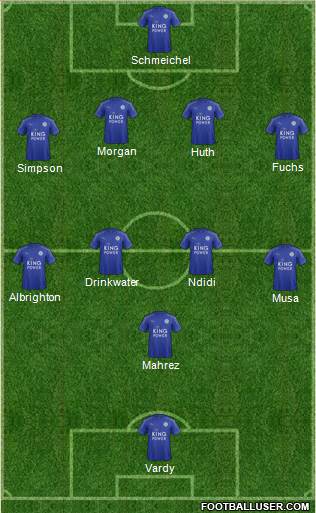 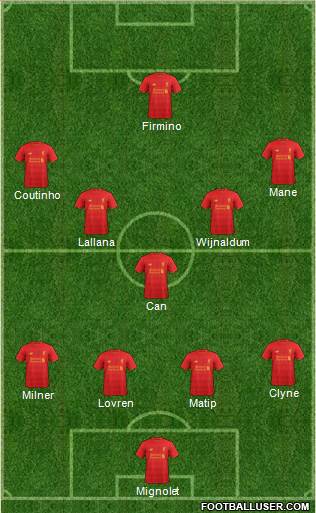 Leicester 1-2 Liverpool: It will be interesting to see how the Leicester players react following Ranieir’s dismissal but Liverpool should be confident of bringing home a positive result. The Foxes have lost their last five league games and while I do think caretaker boss Shakespeare will see some improvement tonight, I still think Liverpool will edge it 2-1.