The January transfer window is now closed but we can still look at deals that failed to get across the line and those being lined-up for the summer. Today, Chelsea and Man Utd are linked with Federico Bernardeschi…. 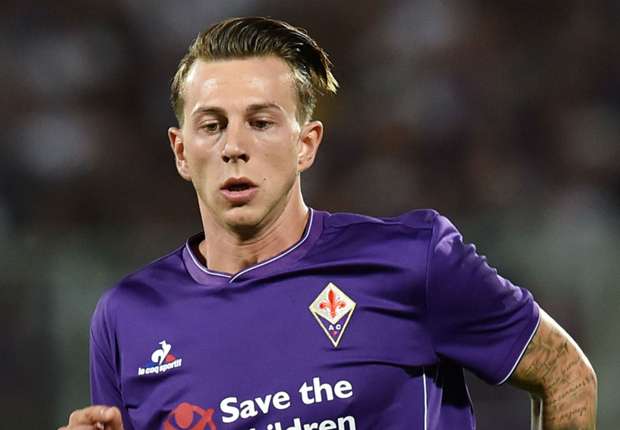 Chelsea and Manchester United will have to go to battle with a number of clubs if they want to sign Fiorentina forward Federico Bernardeschi this summer, according to a report in the Mirror.

Bernardeschi has been with Fiorentina since joining the club as a child in 2003 and has progressed through the youth system to become an integral part of Paulo Sousa’s starting eleven.

The 23-year-old has scored 13 goals and provided a further 5 assists in his 33 appearances so far this season while he’s also earned 7 caps for the Italian national team having represented his country at several youth levels.

Bernardeschi is highly regarded in his homeland and has even been likened to the great Roberto Baggio so it’s no wonder he’s attracting plenty of interest from throughout Europe.

The Mirror are citing a report from La Stampa that claims Chelsea and Manchester United have shown an interest in luring the young striker to the Premier League this summer.

Jose Mourinho is expected to be in the market for another forward with doubts continuing over the long-term future’s of Wayne Rooney and Zlatan Ibrahimovic and it looks like Bernardeschi is on the United managers radar.

Chelsea are also being linked with a number of strikers with Diego Costa still being tipped to leave Stamford Bridge this summer after falling out with Antonio Conte following interest from China and it appears the Italian coach also has his eye on Bernardeschi.

However, the English heavyweights will face stiff competition for his signature as the Mirror state that AC Milan and Juventus are also showing a keen interest in keeping Bernardeschi in Serie A next season.

We’ll have to wait and see how things develop over the coming weeks but it looks like Chelsea and United are set to go to battle over Bernardeschi and I think he’d be an exciting addition to either squad if they’re able to win the race for his signature.