Liverpool gave their top four hopes a major boost with an impressive 3-1 victory over Arsenal at Anfield this evening. Watch the goals here: 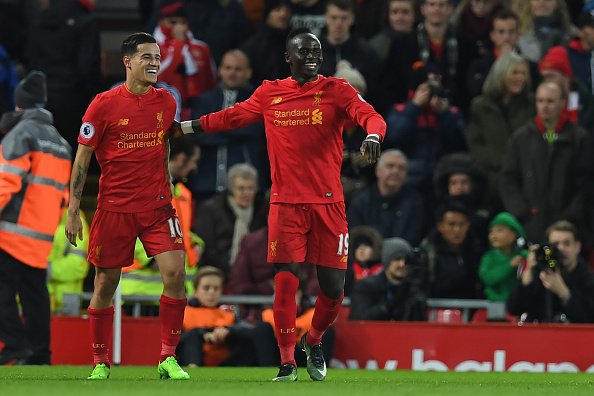 Liverpool gave their top four hopes a major boost with an impressive 3-1 victory over Arsenal at Anfield this evening.

Liverpool got off to the perfect start as they cut Arsenal open in the 9th minute with Sadio Mane’s cross finding Roberto Firmino at the far post and the Brazilian international made no mistake to make it 1-0.

The hosts continued to dominate and doubled their advantage just before the break when Firmino found Mane completely free in the area and the Senegal attacker fired past Petr Cech for 2-0 in the 40th minute.

Alexis Sanchez was called from the bench at half time and the Chilean international made an instant impact after releasing Danny Welbeck and the striker dinked over Simon Mignolet for 2-1 after 57 minutes.

The Gunners pushed for an equaliser but Liverpool wrapped up the win when Adam Lallana did superbly to set Divock Origi free on the break and the striker crossed for Gini Wijnaldum to sweep home for 3-1 in stoppage time.

The win sees Liverpool climb up to third place in the table ahead of Manchester City’s trip to Sunderland tomorrow while Arsenal slip to fifth.