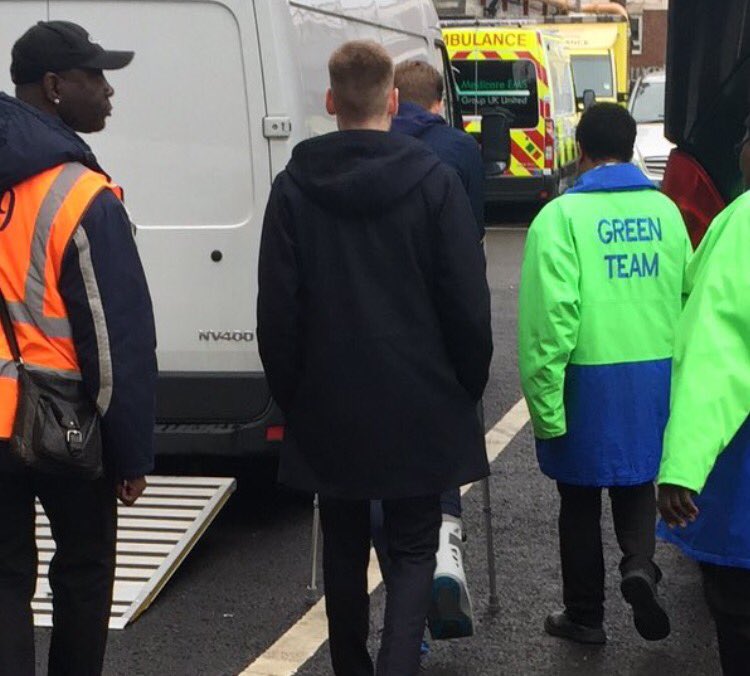 Kane was forced off midway through the first half during Tottenham’s 6-0 FA Cup win over Millwall this afternoon after turning his ankle while challenging defender Jake Cooper.

The strikers ankle appeared to get caught in the turf and buckle as he slid in for the ball and the 23-year-old was photographed on crutches while wearing a protective boot as he made his way to the team coach after the game.

Spurs boss Pochettino has now offered an early update on Kane’s condition and suggests the injury looks similar to the one the player suffered earlier in the season.

Kane missed several weeks and was ruled out of five Premier League games after damaging ankle ligaments against Sunderland back in September, and Pochettino fears he may have aggravated the problem.

Speaking after the win over Millwall, Pochettino told the Evening Standard:

“He twists his ankle – the same ankle as it was before against Sunderland. Now we will wait and assess tomorrow and wait and see,”

“Today it’s difficult. It’s a similar situation to Sunderland. We need to assess him today it is difficult to give you a real level of how he is.

“We hope it’s not a big issue but it looks similar. It’s sure it will be difficult for him to play against Southampton but we need to see what happens in the next few days.

“Every time something like this happens and before the scan he immobilises with a [protective] boot.”

Kane is now expected to undergo a scan on Monday to discover the full extent of the damage but he’s almost certain to miss the upcoming clash with Southampton next weekend.

Fortunately for Spurs we then have a two week international break which will limit the number of games Kane could potentially miss but the north Londoners will be desperate for some positive news when the scan results come back.

If Kane is ruled out for any significant period of time it would be a huge blow to Tottenham as they look to maintain their push for Champions League qualification.

They currently sit second in the table but with just seven points separating them from sixth-placed Manchester United, Pochettino will be praying Kane is available after the international break next month ahead of games against Burnley, Swansea, Watford and Bournemouth.