Chelsea take on Stoke at the Britannia on Saturday afternoon. Here is a preview with team news, line-ups, betting tips and predicted score.

Chelsea will look to take another huge step towards reclaiming the title when they take on Stoke City at the Britannia Stadium on Saturday afternoon.

Antonio Conte’s side remain on course to winning a league and cup double after booking their place in the semi finals of the FA Cup with a 1-0 win over Manchester United on Monday night.

The Blues head in to the weekend action sitting ten points clear at the top of the Premier League table with just eleven games left to play so it would take a monumental collapse to prevent them from lifting the title.

The west Londoners will move another step closer if they can come away with all three points from the Britannia tomorrow but Stoke are a tough side on their day and held Man City recently so I’m sure Conte won’t be taking this task too lightly.

Chelsea have been handed a major boost with the news that Victor Moses is expected to make a swift recovery after picking up a calf injury against United earlier this week.

The Nigerian midfielder was forced off early in the second half and there were fears he was facing up to three weeks out but he was back in training today and should be available tomorrow.

Conte revealed at his press conference that he had to check on a couple of other doubts but he refused to give away any names.

As for Stoke, Marko Arnautovic is expected to get a recall after missing the draw at City through illness while Xherdan Shaqiri is also pushing for a start after recovering from a calf problem.

Wilfried Bony will be back in the squad after being ineligible to face City but Jack Butland remains out despite returning to training this week. 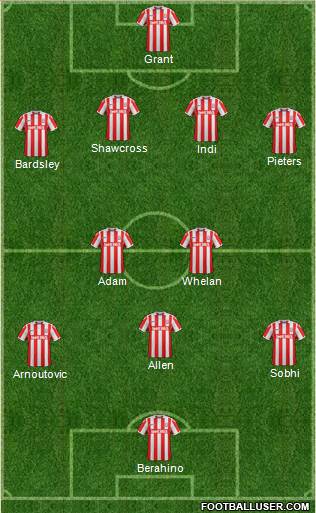 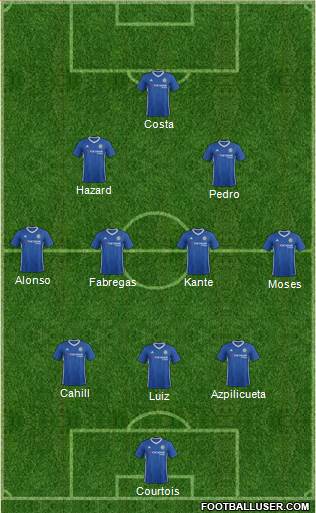 Stoke 1-2 Chelsea: The Blues have lost just two of their last 17 league meetings with Stoke and come in to the game in formidable form so I can’t see past an away win. I do think Stoke will make a good game of it but am backing Conte’s men to secure a hard fought 2-1 victory to tighten their grip at the top.

Odinbet is FREE to use, and statistical analysis for games played in world football’s top 12 leagues. Use the filter system to refine which games you should bet on and view the analysis that mathematical system produces to give you the best chance of making money from the Stoke vs Chelsea game.

Chelsea are the 8/13 favourites with the bookies here are some other bets I like the look of: