Liverpool take on Manchester City at the Etihad on Sunday afternoon. Here is a preview with team news, line-ups, betting tips and predicted score

Manchester City and Liverpool will be looking to cement their positions in the top four when they face-off at the Etihad Stadium on Sunday afternoon.

Any faint hopes of catching Chelsea must surely be over after they extended their lead to 13 points with a 2-1 win at Stoke this afternoon so it’s all about battling to secure qualification to the Champions League.

Fifth-placed Arsenal failed to close the gap after losing at West Brom this afternoon and remain five points adrift of fourth-placed Liverpool so both clubs will be keen to extend their advantage with a positive result.

City currently sit third in the table – level on points with Spurs and just one point ahead of Liverpool – so it couldn’t be tighter behind the league leaders.

City will continue to be without Gabriel Jesus and Ilkay Gundogan due to long-term injuries but they have no fresh concerns to worry about.

Vincent Kompany wasn’t risked during the Champions League defeat at Monaco in midweek but it remains to be seen whether Pep Guardiola will throw him in from the start tomorrow.

Nicolas Otamendi is expected to get a recall after being on the bench in midweek while Yaya Toure and Pablo Zabaleta are also pushing for game-time.

Liverpool hope Roberto Firmino will be fit to start after the Brazilian failed to train last week due to a groin injury that kept him out of the win over Burnley.

Divock Origi is on stand-by to start up front after returning to training on Friday after picking up a minor knock last week but Daniel Sturridge remains out with a hip problem.

Jordan Henderson is also still nursing a foot injury but Dejan Lovren is expected to get a recall after coming through 75 minutes with the U23’s last Monday. 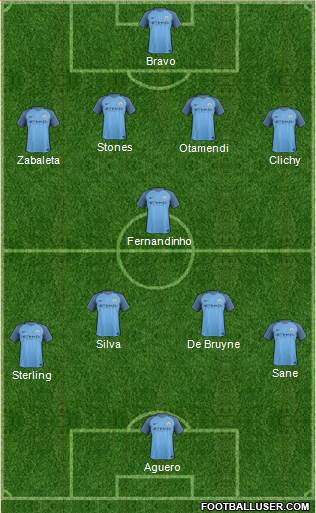 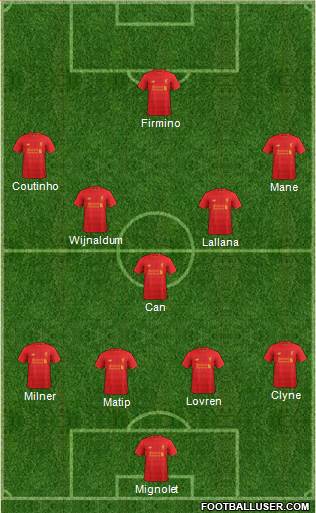 Man City 2-1 Liverpool: Liverpool have an excellent record against the ‘big six’ this season having taken 19 points from their nine games so far but I think City will prove to be a tough game for the Merseysiders. Both sides like to attack and I think Liverpool’s soft defence will prove to be the difference tomorrow so I’m backing Guardiola’s men to edge it 2-1.

City are the favourites to win this game, however, its always difficult to predict games in the Premier League and that’s where Odinbet comes in….

Odinbet is FREE to use, and statistical analysis for games played in world football’s top 12 leagues. Use the filter system to refine which games you should bet on and view the analysis that mathematical system produces to give you the best chance of making money from the Man City vs Liverpool game.

City are the slight even money favourites but we can get new customers enhanced odds of 10/1 to a home win and 18/1 on an away win – just click here to take advantage of these crazy odds [winnings as free bet, T&C’s apply].