Chelsea will look to take another huge step towards reclaiming the title when they take on Crystal Palace at Stamford Bridge on Saturday afternoon.

The Blues head in to the weekend action sitting ten points clear of second-placed Tottenham in the Premier League table so with just ten games remaining, they are firmly in the driving seat to lift the title.

With Spurs facing a tricky trip to Burnley and Manchester City playing Arsenal, Antonio Conte will want to take advantage of any slip-ups to strengthen their grip at the top with another win tomorrow.

They should be confident of doing just that as Palace sit 16th in the table although Chelsea will be well aware that Sam Allardyce’s men have won their last three games so will be eyeing an upset in west London.

Chelsea expect Eden Hazard to recover from a calf injury that kept him out of Belgium’s international games this past week while Diego Costa is also likely to start despite picking up a foot problem while away with Spain.

Thibaut Courtois returned to training on Thursday after undergoing treatment on a hip injury so he should start in goal while Victor Moses is expected to shake off a minor calf problem.

Palace will once again have to make do without Patrick van Aanholt as he recovers from an ankle injury while Frazer Campbell and James McArthur are also out.

Mathieu Flamini may return to the squad but Connor Wickham and Pape Souare remain out with long-term injuries. 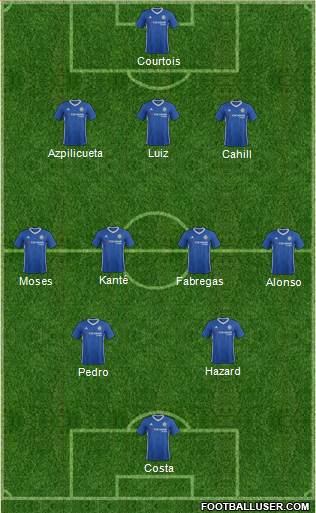 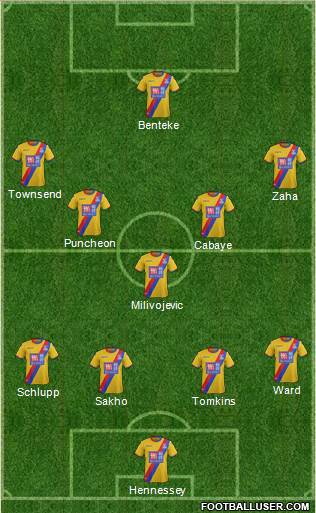 Chelsea 2-0 Crystal Palace: The Blues have won their last five league games against the Eagles and are in formidable form right now so despite Palace’s recent revival, I still think Chelsea will ease to another three points to tighten their grip at the top.

Odinbet is FREE to use, and statistical analysis for games played in world football’s top 12 leagues. Use the filter system to refine which games you should bet on and view the analysis that mathematical system produces to give you the best chance of making money from the Chelsea vs Palace game.

Chelsea are the 3/10 favourites with the bookies here are some other bets I like the look of: