Chelsea took a huge step towards reclaiming the Premier League title after beating Manchester City 2-1 at Stamford Bridge this evening. 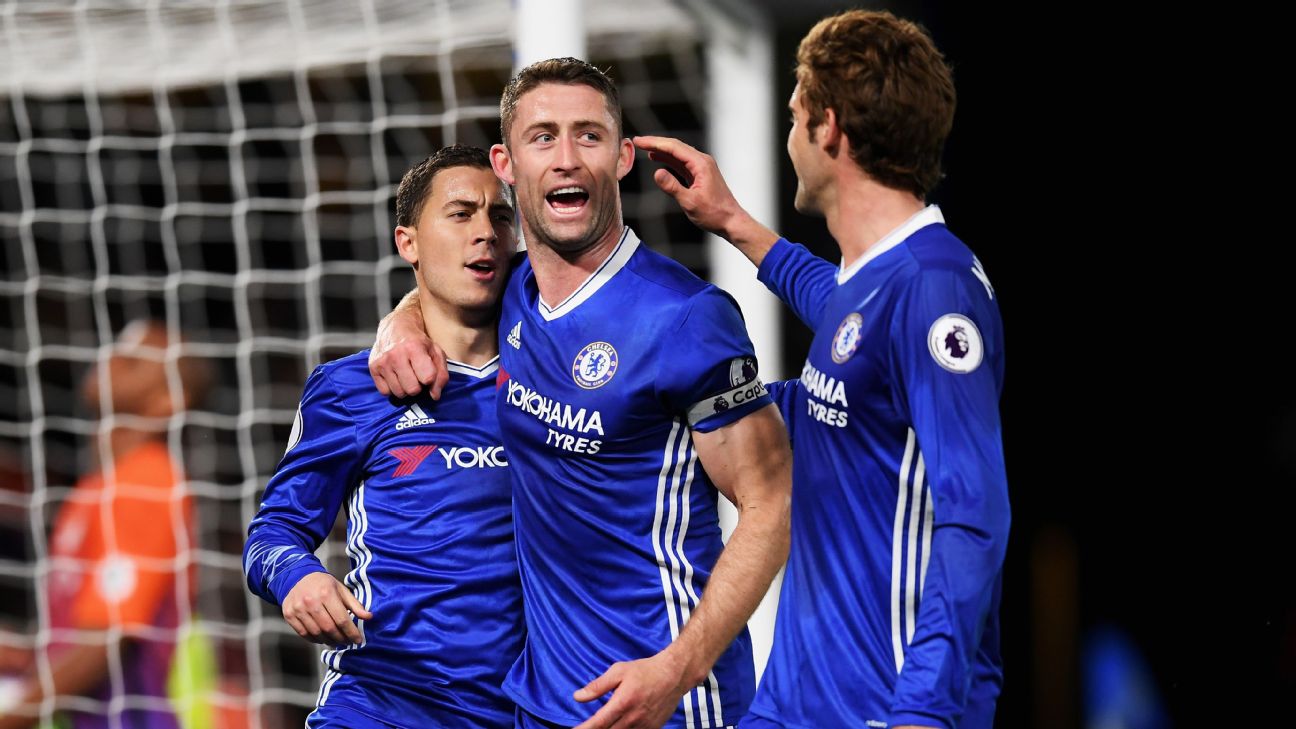 Chelsea took a huge step towards reclaiming the Premier League title after beating Manchester City 2-1 at Stamford Bridge this evening.

The Blues opened the scoring in the tenth minute when Eden Hazard shot deflected off Vincent Kompany and beat Willy Caballero for 1-0.

City equalised midway through the first half when Thibaut Courtois’ poor kick fell to David Silva and while the Spaniard’s initial effort was saved, Sergio Aguero tapped home the rebound for 1-1 in the 26th minute.

Chelsea were given the perfect opportunity to restore their lead when Fernandinho tripped Pedro in the area. Hazard saw his spot kick saved by Caballero but was first to the rebound to make it 2-1.

John Stones missed a golden opportunity to salvage a point for City but the Blues held on to secure a huge victory that ensures they remain seven points clear at the top of the table with eight games left to play.