Liverpool’s top four hopes were dented after Bournemouth snatched a late 2-2 at Anfield this evening. Watch the goals here 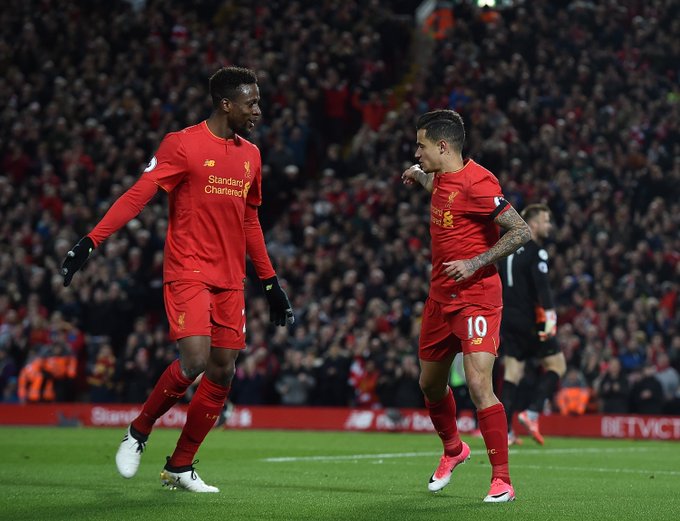 Liverpool’s top four hopes were dented after Bournemouth snatched a late 2-2 at Anfield this evening.

The visitors took a shock early lead when Benik Afobe pounced on a short backpass from Gini Wijnaldum and cooly poked past Simon Mignolet for 0-1 in the 7th minute.

Liverpool equalised shortly before half-time when Roberto Firmino found Philippe Coutinho with a lovely ball and the Brazilian made no mistake to make it 1-1 in the 41st minute.

The Reds then took the lead midway through the second half when Divock Origi headed home from a Wijnaldum cross from the byline in the 59th minute to make it 2-1.

However, there was late drama as the visitors grabbed a late equaliser as Josh King fired home on the turn in the 87th minute to salvage a point for Bournemouth.

The result leaves Liverpool third in the table but Man City, Arsenal and Man Utd could all move above them if they win their games in hand.