Man Utd take on Sunderland at the Stadium of Light on Sunday. Here is a preview with team news, line-ups, betting tips and predicted score.

Manchester United will look to keep in touch with the top four when they take on Sunderland at the Stadium of Light on Sunday afternoon.

United have sat back and watched the top four all register victories today so the pressure is firmly on Jose Mourinho’s men to take three points away from the north east on Sunday.

The Red Devils were held to a 1-1 draw by Everton in midweek and now sit seven points adrift of Manchester City with two games in hand so they desperately need a win tomorrow to keep their Champions League qualification hopes alive.

Sunderland come in to the match having not won in their last six games with Wednesday’s 2-0 defeat at Leicester leaving David Moyes’ side rock bottom of the table and ten points from safety.

United will continue to be without Wayne Rooney after he failed to recover from an ankle injury while Ashley Young is out after suffering a groin problem during the Everton game.

Antonio Valencia is set to return after being rested in midweek but Juan Mata, Phil Jones and Chris Smalling are all out with long-term injuries.

Sunderland have Victor Anichebe back in contention after he made his comeback in midweek while Lee Cattermole is also expected to start but John O’Shea, Jan Kirchoff, Paddy McNair and Duncan Watmore remain sidelined. 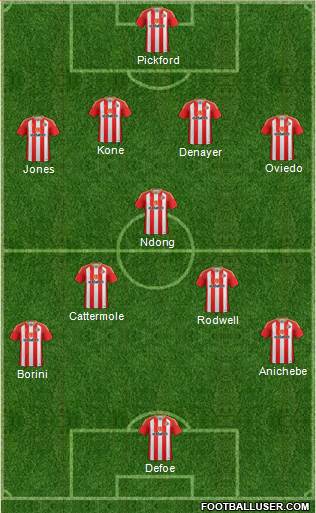 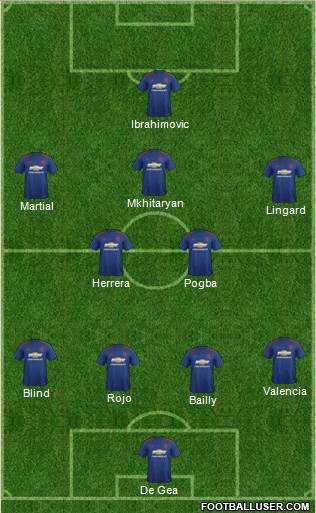 Sunderland 1-2 Man Utd: United are unbeaten in their last 22 league games but they are drawing far too many matches and Mourinho knows he needs a win tomorrow or he may concentrate on the Europa League. Sunderland are fighting for their lives at the foot of the table but some of their players already seem to have given up hope of survival and I think United are going to edge this one tomorrow.

Man Utd are the favourites to get the three points but its always difficult to predict games in the Premier League and that’s where Odinbet comes in….

Odinbet is FREE to use, and statistical analysis for games played in world football’s top 12 leagues. Use the filter system to refine which games you should bet on and view the analysis that mathematical system produces to give you the best chance of making money from the Sunderland vs Man Utd game.

United are the 4/11 favourites with the bookies but we can get new customers enhanced odds of 7/1 for a United win – just click here to take advantage of these crazy odds [winnings as free bet, T&C’s apply].