Chelsea took another huge step towards reclaiming the Premier League title after beating Bournemouth 3-1 at the Vitality Stadium this evening. 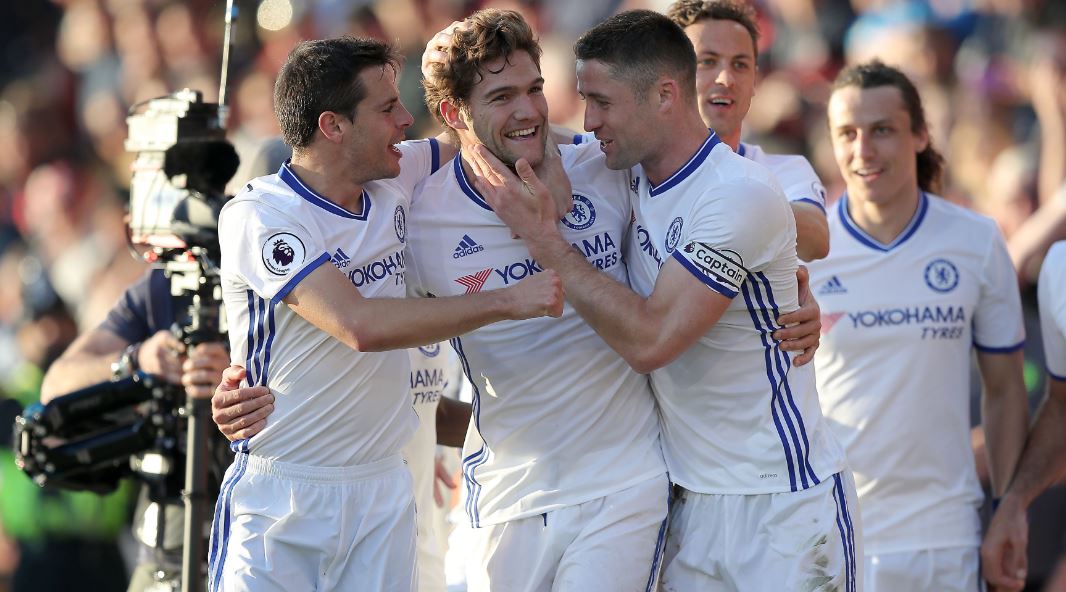 Chelsea took another huge step towards reclaiming the Premier League title after beating Bournemouth 3-1 at the Vitality Stadium this evening.

Things got off to the perfect start for the visitors as Diego Costa’s sliced shot deflected off Adam Smith and in to the back of the net to give Chelsea a 17th minute lead.

Antonio Conte’s men quickly doubled their advantage as N’Golo Kante released Eden Hazard with a lovely long ball and the Belgian international rounded Artur Boruc before slotting home for 2-0 in the 20th minute.

Bournemouth pulled one back just before half-time when Josh King curled home a superb effort in the 42nd minute but Chelsea restored their two-goal cushion midway through the second half when Marcos Alonso found the top corner with a stunning free-kick.

The Blues held out to secure another vital 3-1 win which sees when restore their seven point lead over Tottenham at the top of the table with just seven games remaining.