Managers are now making plans for the summer transfer window so we’ll bring you all the latest news and gossip from around the globe. Today, the race hots-up for Benjamin Mendy…. 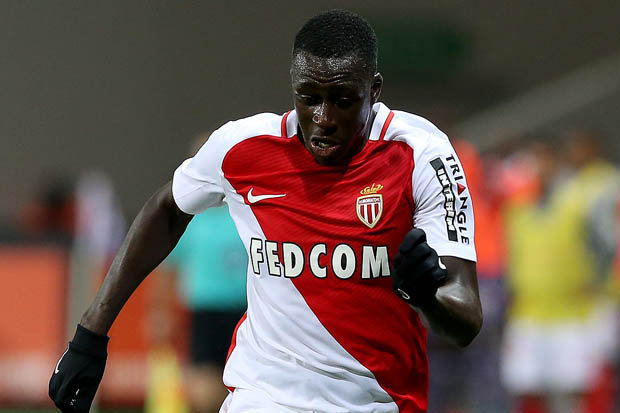 Chelsea and Manchester United are among the clubs showing a keen interest in signing Monaco’s £26m-rated left-back Benjamin Mendy this summer, according to Sky Sports.

Mendy only joined Monaco from Marseille in a £13m deal last summer but he’s established himself as a vital part of Leonardo Jardin’s starting eleven having made 28 appearances in all competitions so far.

The 22-year-old has played a vital role in helping Monaco reach the quarter finals of the Champions League and stay on course to reclaiming the Ligue 1 trophy from Paris Saint-Germain’s grasp.

The defender has been attracting interest from the Premier League with Sky Sports claiming that Chelsea and Manchester United have been showing the most serious interest of England’s ‘big six’.

Blues boss Antonio Conte is expected to further strengthen his squad ahead of their return to the Champions League and the Italian coach is in the market for competition for Marcos Alonso at left-back.

Jose Mourinho is also set to bring in a new left sided defender with Luke Shaw’s career at Old Trafford seemingly over and it appears Mendy is firmly on the United bosses radar.

However, the duo could yet face stiff competition as Sky Sports claim that not only are Manchester City keen on Mendy but Arsenal, Liverpool and Tottenham are also keeping a close eye on his situation.

We’ll have to wait and see how things develop over the coming months but it looks like Mendy is a man in demand this summer – although the likes of Chelsea and United will need to be prepared to dig deep if they want to sign him as the report indicates that Monaco will want around £26m to cash-in at the end of the season.

That sort of money shouldn’t be too much of a problem for clubs with the financial resources of Chelsea or United so there’s a real possibility we could see the French international coming to England this summer.