Tottenham Hotspur will be looking to keep the pressure on Chelsea when they take on Bournemouth at White Hart Lane on Saturday afternoon.

Spurs maintained their superb home form with a comfortable victory over Watford last weekend which meant the north Londoners have dropped just four league points at the Lane all season.

The latest win saw Tottenham remain seven points adrift of leaders Chelsea so Mauricio Pochettino will be desperate to close the gap to four points ahead of the Blues’ huge clash with Man Utd at Old Trafford on Sunday.

Bournemouth come in to the game in decent form themselves as they’ve taken points off Manchester United, Southampton and Liverpool in recent weeks but they came unstuck against Chelsea having lost 3-1 at home last weekend.

Eddie Howe’s side sit 15th in the table on 35 points so the Cherries will be hoping to secure a surprise win over Spurs to move them ever-closer to that all-important 40 point mark.

Victor Wanyama is back in contention after recovering from a back injury that’s kept him out for the last two games while Michel Vorm will be given a late fitness test on a knee injury.

Danny Rose is set to resume full training next week as he looks to make his long-awaited comeback from a knee ligament injury but for now he remains unavailable so Ben Davies will continue on the left.

Harry Kane is pushing to start after making his injury comeback off the bench last weekend but Harry Winks and Erik Lamela are out for the rest of the season.

As for Bournemouth, Tyron Mings is back in contention after serving his five-game ban but it remains to be seen whether he’ll get an immediate recall.

Junior Stanislas is also pushing for a start after recovering from a groin injury but Dan Gosling is set to miss out with a knee problem. 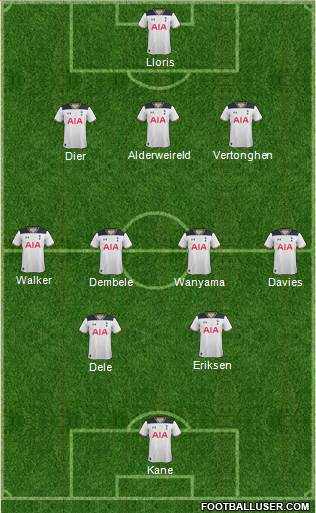 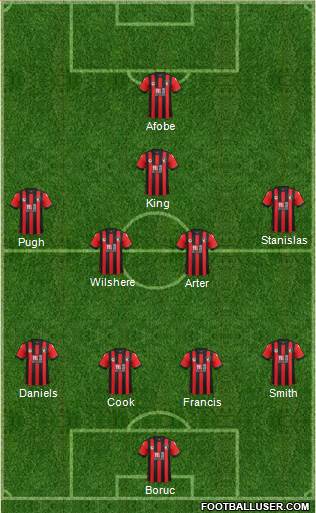 Tottenham 2-0 Bournemouth: Spurs have won their last six games in a row and know a seventh would put the pressure on Chelsea to get a result at United on Sunday so this is an opportunity they simply can not afford to miss. Bournemouth are a decent side on their day but Tottenham are formidable at home and I can’t see past a relatively easy Spurs win.

Tottenham are the 2/7 favourites to win the game with the bookmakers but we can get new customers enhanced odds of 6/1 on a home win – just click here to take advantage of these crazy odds [winning paid in free bets, T&C’s apply]