Jose Mourinho has offered an injury update on Zlatan Ibrahimovic and Marcos Rojo after the pair were forced off during Man Utd’s win over Anderlecht. 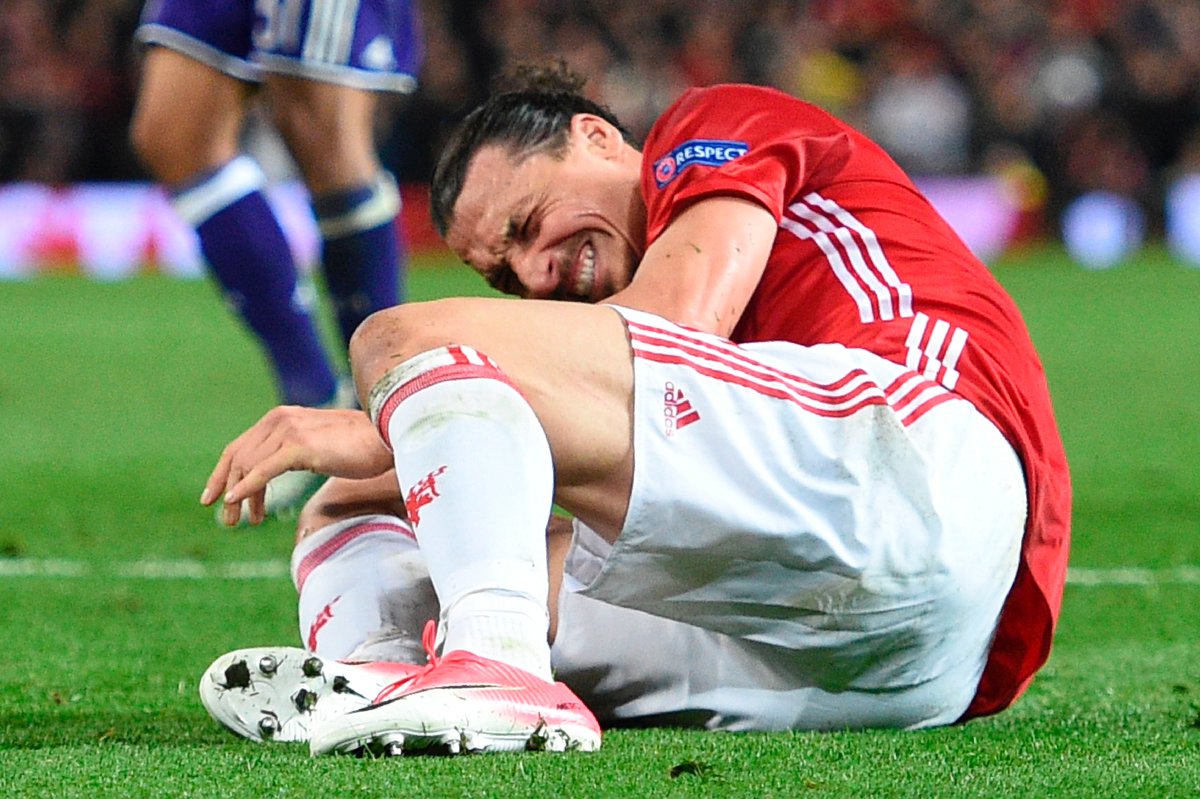 Jose Mourinho has offered an injury update on Zlatan Ibrahimovic and Marcos Rojo after the pair were forced off during Manchester United’s 2-1 win over Anderlecht last night.

The Red Devils were made to work to book their place in the semi-finals of the Europa League after Marcus Rashford scored an extra-time winner to secure a 3-2 aggregate victory over the Belgian giants.

However, the win came at a huge cost as Rojo was forced off on a stretcher in the first half before Ibrahimovic joined the Argentinean on the sidelines after falling awkwardly on his knee during the early stages of extra-time.

Both injuries looked serious on television and speaking after the game last night, Mourinho admitted that he’s fearing the worst but refused to speculate over how long the pair will be out for until he gets more information from the club doctors.

“I want to wait but my feeling is not good, for both. I want to try to be optimistic but I’m not. I don’t think they are easy injuries but I prefer to wait until all the tests are done tomorrow. After tomorrow then I can speak what I feel because I am a manager, not a doctor.”

Ibrahimovic’s knee seemed to buckle backwards so there is every chance he may have sustained ligament damage which would rule him out for the rest of the season.

Obviously that would be a huge blow as the Swede has scored 28 goals since joining the club on a free transfer from PSG and he’d be a major loss during the closing stages of the season.

However, the loss of Rojo is arguably more important as United are already lacking options at centre-back with Chris Smalling and Phil Jones both currently on the sidelines.

Daley Blind is expected to be drafted in alongside Eric Bailly for Sunday’s trip to Burnley but Mourinho has called on Smalling and Jones to do all they can to get themselves fit as soon as possible.

Mourinho is quoted by talkSPORT as saying:

“We have Daley Blind, who has experience in the position, and I think it is time for Jones and Smalling to be brave – to risk,”

“Because for the team you have to do everything, that is the way I think. You cannot do miracles, so miracles I don’t expect, but they have to try to do everything to accelerate the process.

“They have injuries, and even with a crazy mentality, they cannot play Sunday (at Burnley). But with a special spirit, you can (come back) sooner than expected. So instead of mid-May, it could be the beginning of May, this kind of acceleration of the process.”

We’ll have to wait and see how the pair recover over the coming days but it looks like Mourinho is desperate to get at least of his centre-backs available for the visit of Swansea to Old Trafford on April 30th.