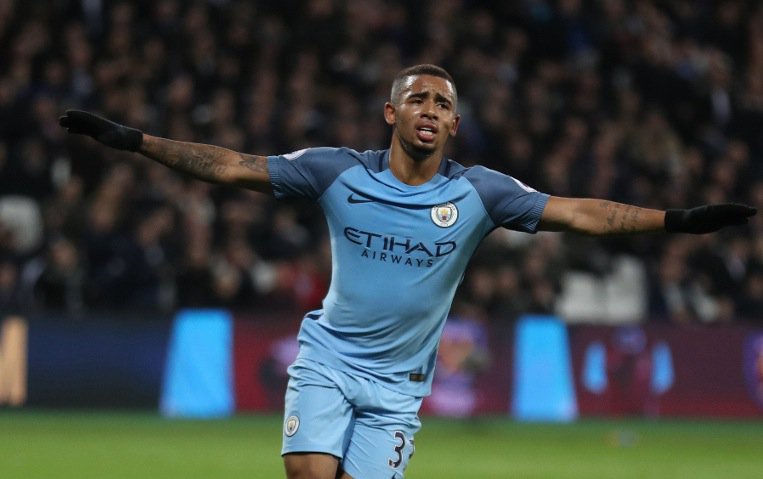 Manchester City will look to book their place in the final of the FA Cup when they take on Arsenal at Wembley on Sunday afternoon.

Ahead of the game, Pep Guardiola has been speaking to the media at his press conference this afternoon and he’s offered mcfc.co.uk a team news and injury update.

The City boss was pleased to confirm a major injury boost with the news that Gabriel Jesus has stepped-up his recovery and could return to the squad against Arsenal on Sunday.

Jesus has been out since suffering a fractured metatarsal against Bournemouth in mid-February but the Brazilian international has made a swift recovery and is set for an early return to action.

Guardiola says the youngster is now back in full training and will travel with the rest of the squad to London before he decides whether to include him in the squad to face the Gunners.

“He’s (Jesus) much, much better, today he made part of training with us. He’s is coming back with his happiness, and we are so happy. We are going to travel, all the group, to Wembley, he will be part of that and after that we’ll see.”

“The impact of Gabriel is shown by how difficult it is to come to the Premier League and have the effect he did.

“Against Tottenham, Swansea (you can see his impact). He had all Europe in his hands and he decided to come here, we cannot forget that. That’s why we are so happy that hopefully he can help us, along with Sergio and the others before the end of the season.”

It would be a huge boost for City if Jesus was passed fit to take on Arsenal as he enjoyed an excellent start to life in England having joined the club in January with 3 goals in his 4 league appearances before his untimely injury. Guardiola will have to decide whether to start the 20-year-old if he is fit but it will be difficult to leave Sergio Aguero on the sidelines as the Argentinean has scored 11 goals in his last 11 games.

There wasn’t such positive news on the fitness of John Stones as the defender has been ruled out with a muscle injury and is now facing a race against time to be fit to face Man Utd next week.