Liverpool’s hopes of finishing in the top four were dealt a major blow after they slumped to a 2-1 defeat to Crystal Palace at Anfield this afternoon. 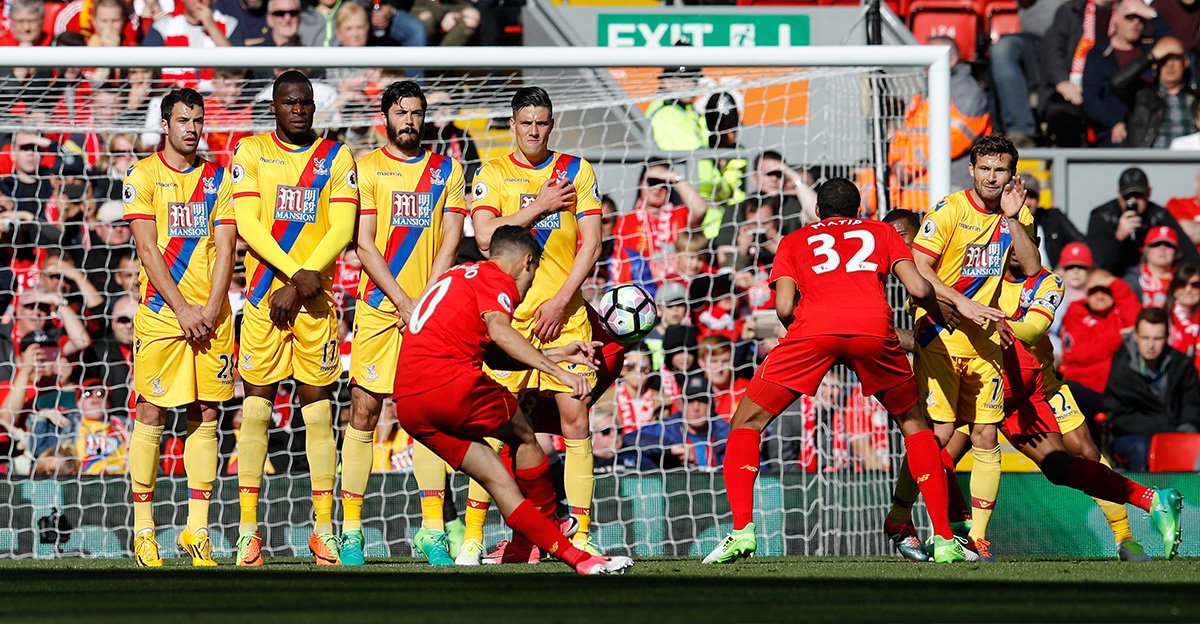 Liverpool’s hopes of finishing in the top four were dealt a major blow after they slumped to a disappointing 2-1 defeat to Crystal Palace at Anfield this afternoon.

The game started well for the hosts as they opened the scoring midway through the first half when Philippe Coutinho curled home a stunning free-kick to give Wayne Hennessey no chance in the 24th minute.

However, Palace levelled things up shortly before half time as Christian Benteke fired home at the far post following a pin-point cross from Yohan Cabaye to make it 1-1 at the break.

The visitors were then stunned as Benteke scored what turned out to be the winner against his former side when the striker stooped to head home following a 74th minute corner.

Liverpool couldn’t find a way back in to the game so they slumped to a 2-1 defeat which leaves them third in the table but crucially Man City are just two points behind with two games in hand while Man Utd are three points adrift with two games spare.