Robert Huth scored a late own goal to give Arsenal a much-needed 1-0 victory over Leicester City at the Emirates Stadium this evening. 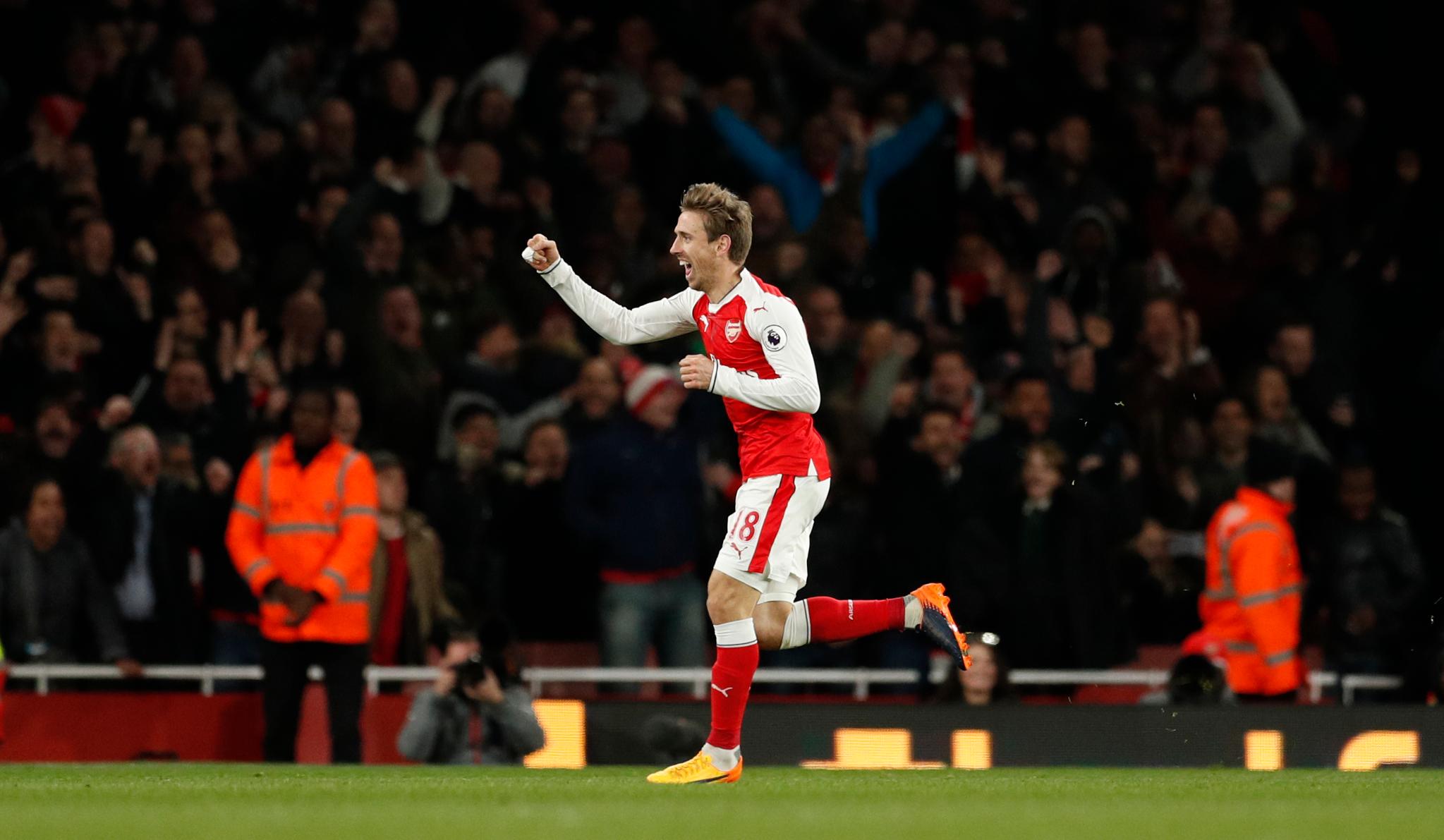 Robert Huth scored a late own goal to give Arsenal a much-needed 1-0 victory over Leicester City at the Emirates Stadium this evening.

We started slowly and struggled to get out of first gear with Sunday’s energy-sapping extra-time FA Cup victory over Manchester City clearly still effecting some of the players.

Leicester went close to opening the scoring when Petr Cech was forced in to a smart save to deny Riyad Mahrez while Alexis Sanchez hit the bar on the stroke of half-time.

We continued to struggle for fluency after the break and clear cut chances were at a premium but we got the luck we needed as Nacho Monreal’s effort from the edge of the area deflected of Huth’s chest and in to the bottom corner for 1-0 in the 86th minute.

Leicester made us sweat as they had a goal-mouth scramble in the dying minute but we managed to hold on to secure a vital 1-0 win over last years champions.

The victory sees us climb to sixth and to within four points of fourth placed Manchester City ahead of their game with Manchester United at the Etihad tomorrow night.

Watch highlights and the goal here: