Managers are now making plans for the summer transfer window so we’ll bring you all the latest news and gossip from around the globe. Today, Chelsea close-in on Claudio Marchisio… Chelsea are closing in on a deal to sign Italian international midfielder Claudio Marchisio with Juventus ready to do business at £25m after rejecting an opening £17m offer, according to The Sun.

Marchisio has spent his entire career at Juve having joined the clubs youth system aged just 7-years-old and progressed through the ranks to become a first team regular in 2006.

The midfielder has gone on to make over 360 appearances for the Turin giants during an illustrious career that’s seen him win five Serie A titles as well as earn 54 caps for the Italian national team.

The 31-year-old has found regular football harder to come by this term as he’s found himself largely consigned to the bench by boss Max Allegri with Marchisio making just 13 league starts so far.

It seems Chelsea are keen to offer the deep lying midfielder a fresh start as The Sun claim Antonio Conte has made Marchisio one of his prime summer targets and is confident of agreeing a deal despite seeing an opening £17m bid rejected.

Conte obviously knows Marchisio extremely well from his time with both Juventus and the Italian national team and it looks like he’s keen to be reunited in west London this summer. 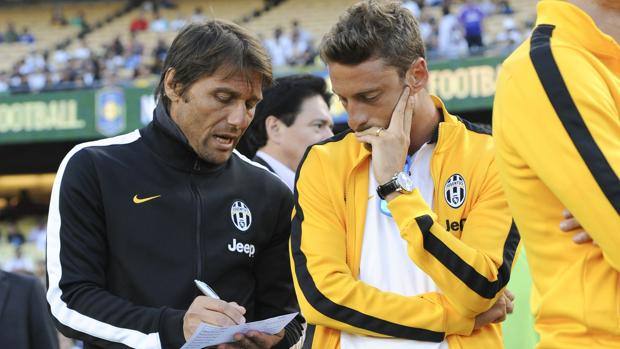 The newspaper says that Juve will reluctantly sell Marchisio for £25m in order to help fund their move for Fiorentina striker Federico Bernardeschi and Chelsea are now believed to be closing-in on the deal.

The Sun suggest that Marchisio is open to the idea of playing under Conte again at Stamford Bridge so it appears this transfer could be on the cards over the coming months.

I think it would be an excellent signing if the Italian does end up joining the Blues as he’d bring a huge amount of quality and experience to the team and form a devastating partnership with N’Golo Kante in the heart of midfield next season.