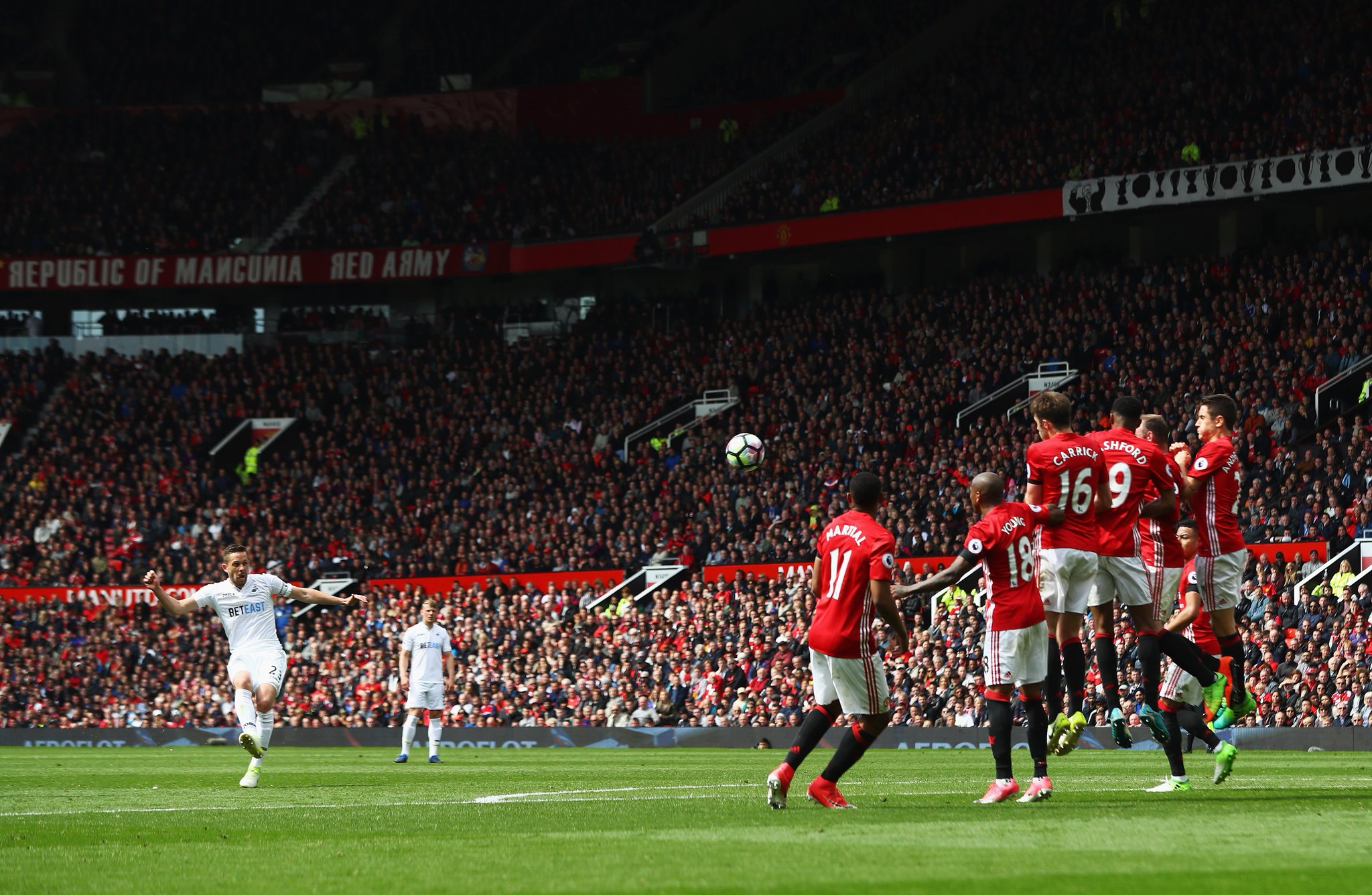 A depleted United side struggled to get going and clear cut chances were at a premium with the visitors perhaps creating the best opportunities early on.

However, United were gifted the perfect chance to open the scoring when Lukaz Fabianski was adjuged to have fouled Marcus Rashford in the area – although replays showed the striker had gone down very easily.

United weren’t arguing though and Wayne Rooney stepped up to slot home the controversial spot kick to give Jose Mourinho’s men a 1-0 lead on the stroke of half time.

However, Swansea found the equaliser with just over 10 mintues remaining as Sigurdsson curled home a superb free-kick from 25 yards in the 79th minute.

United couldn’t find a late winner so they had to settled for their 10th home draw of the season which is a huge dent to their hopes of finishing in the top four.