Man Utd have been handed an injury boost with Pogba, Smalling, Jones and Bailly all able to take part in training ahead of tomorrow’s clash with Celta Vigo.

Manchester United have been handed a quadruple injury boost with Paul Pogba, Chris Smalling, Phil Jones and Eric Bailly all able to take part in training ahead of tomorrow’s clash with Celta Vigo.

The United squad have been undertaking their final preparations at Carrington before they fly out to Spain this afternoon for the first leg of their Europa League semi-final and it looks like they’ve received some timely positive injury news.

Pogba has missed the last two matches after limping out of the win at Burnley last month but Mourinho was hopeful the midfielder would be available to face Celta tomorrow and it looks as though that confidence was well placed.

Smalling hasn’t played since suffering a knee injury while on international duty with England in March but it looks as though the defender could now be back in contention to face Celta after training today.

Jones also suffered a foot injury during training with England in March and has missed the last nine games in all competitions but the centre-back could also be available tomorrow after being spotted at training this morning.

There was also positive news on Bailly as the centre-back was able to train today despite limping out of United’s 1-1 draw with Swansea City on Sunday afternoon.

However, there was no sign of Luke Shaw as the left-back is expected to miss the rest of the season after sustaining ligament damage at the weekend so he’s on the sidelines along with Zlatan Ibrahimovic, Marcos Rojo and Timothy Fosu-Mensah.

Youngsters Scott McTominay and Matty Willock were also part of a 23-man squad that trained today but it remains to be seen whether they’ll be part of Mourinho’s squad that jets-off to Spain later this afternoon.

Here are photos and a video from today’s training session:

Bailly, Pogba, Smalling and Jones all training this morning. Bit of good news for Mourinho on the injury front. pic.twitter.com/hVxKh8ldYw 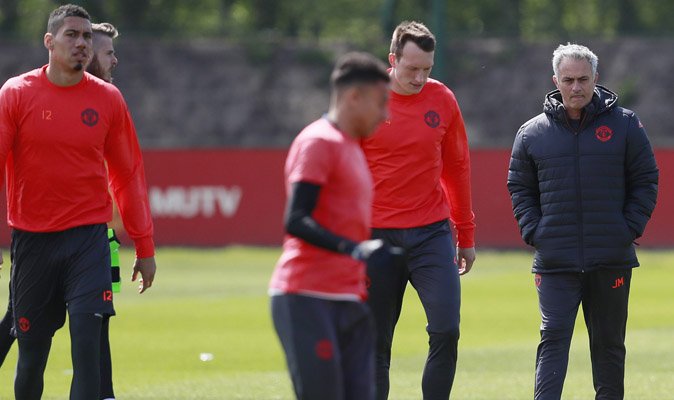 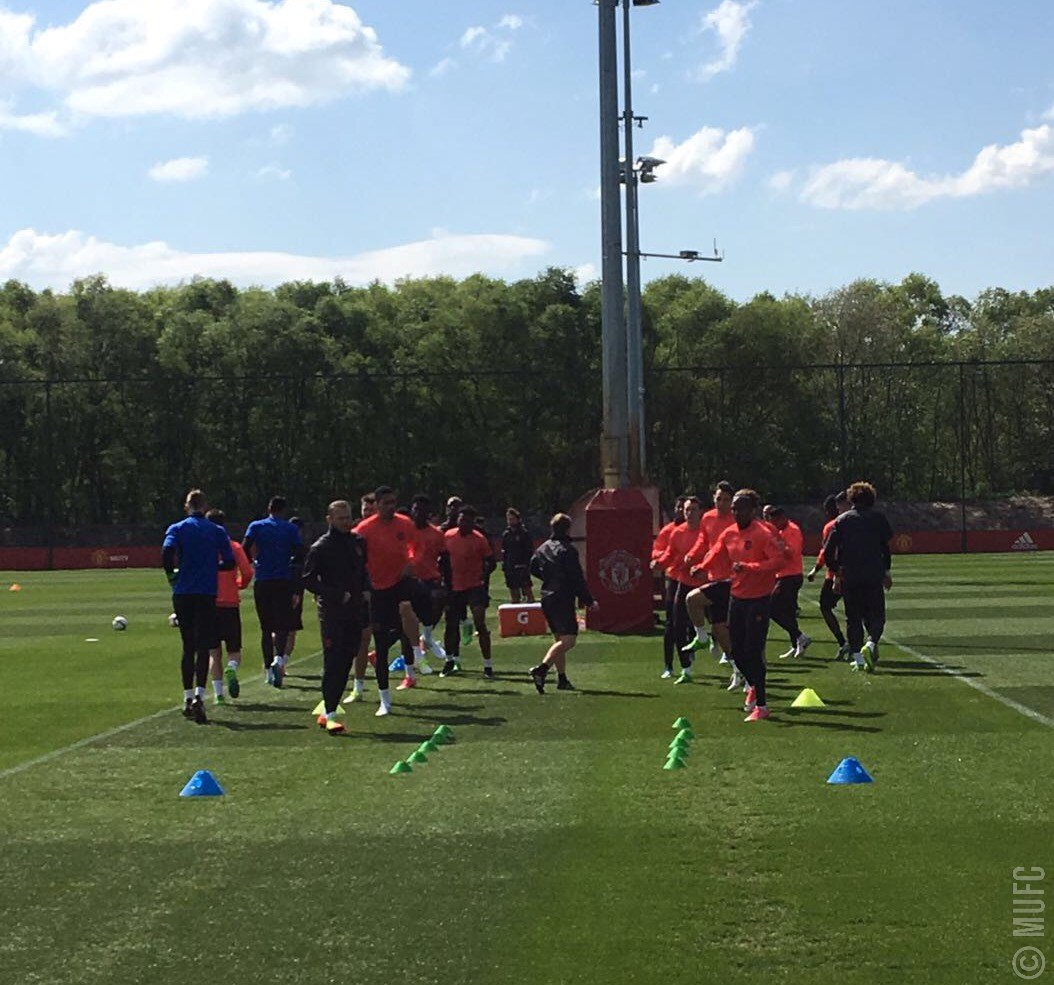