Liverpool have agreed a deal to sign Andrew Robertson and will battle-it-out with Tottenham over the signing of Hull team mate Harry Maguire.

Managers are now making plans for the summer transfer window so we’ll bring you all the latest news and gossip from around the globe. Today, Liverpool are eyeing a double swoop on Hull City… 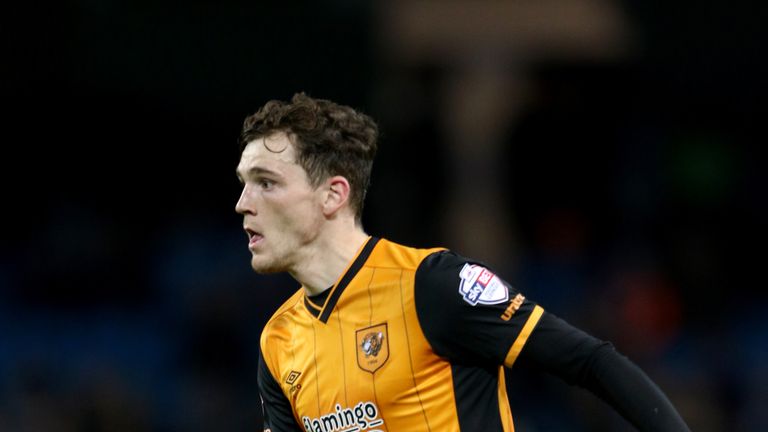 Liverpool have won the race to sign Andrew Robertson and will now battle-it-out with Tottenham Hotspur over the signing of his Hull City team mate Harry Maguire, according to the Daily Star.

Reds boss Jurgen Klopp is in desperate need of a new left-back after Alberto Moreno fell out-of-favour at Anfield as James Milner has been forced to deputise for much of this season.

Liverpool have been linked with a number of players in recent months but it looks as though Klopp has settled on Robertson as the man he wants to fill the void in his defence next year.

The Daily Star are citing a report from the Mirror that claims Liverpool have now wrapped-up a deal to sign the 23-year-old from Hull following their relegation from the Premier League.

The Scottish international has been a rare shining light during what’s been a disappointing campaign at the KCOM Stadium with his performances down the left flank attracting plenty of interest.

Robertson is about the enter the final 12 months of his contract and has so far refused to sign a new deal as Hull consigned themselves to the Championship following a defeat at Crystal Palace on Sunday.

However, it looks like Robertson has already secured his way back in to the top flight as the newspaper says a transfer to Anfield will be formally announced when the window reopens at the start of July. And it could be part of a double raid on the Tigers as the Daily Star claim that Liverpool have now joined the race to sign centre-back Harry Maguire.

The 24-year-old has produced some solid displays for Hull this season and his potential has seemingly caught the attention of Klopp as he looks to strengthen his options at the back.

Liverpool’s leaky back-line undermined their title challenge this season so they’ll have to tighten up if they return to the Champions League next season and the report suggests the Reds are keen on signing Maguire.

However, they’ll face stiff competition from Tottenham as the newspaper says that Mauricio Pochettino is also eyeing the centre-back as he too looks to strengthen his squad ahead of their return to the Champions League.

Spurs have secured second position in the table so they can start to prepare for life back in Europe’s big league and Pochettino has ear-marked Maguire as a potential target to offer support to Jan Vertonghen and Toby Alderweireld next season.