Managers are now making plans for the summer transfer window so we’ll bring you all the latest news and gossip from around the globe. Today, Liverpool and Tottenham are linked with Manuel Lanzini… 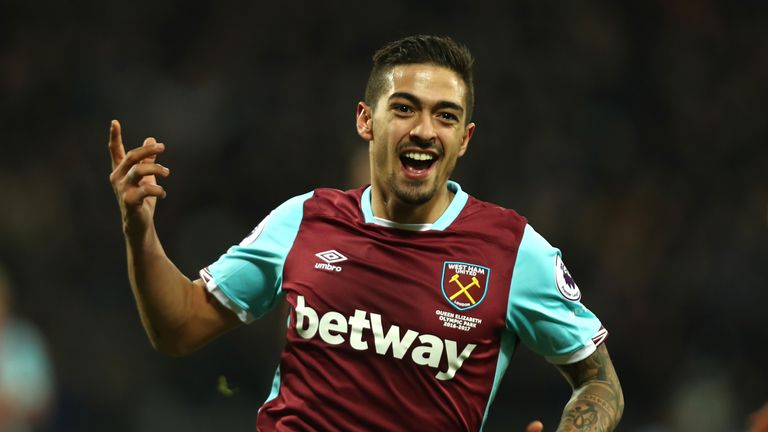 Liverpool and Tottenham are among the clubs showing a keen interest in signing West Ham’s £30m-rated attacker Manuel Lanzini this summer, according to a report in the Daily Star.

Lanzini joined the Hammers on loan from Al Jazira Club in 2015 and did enough during his first season in English football to earn a permanent switch to the London Stadium last summer.

The former Argentinean U20 international has continued to impress this season having scored 8 goals in his 34 Premier League appearances so far to help Slaven Bilic’s men maintain their top flight status for another year.

It appears the South American attacker has caught the attention from the upper echelons of the division as the Daily Star are reporting that Liverpool and Tottenham are among the clubs keeping a close eye on his situation ahead of the summer transfer window.

Jurgen Klopp is looking to strengthen the Liverpool attack ahead of their expected return to the Champions League and Lanzini would offer support to the likes of Philippe Coutinho and Roberto Firmino if he were to move to Anfield.

Mauricio Pochettino is also gearing up for an important summer as the Tottenham boss knows he needs reinforcements after they booked their return to the Champions League and it looks like Lanzini is also on his radar.

West Ham are desperate to keep hold of the 24-year-old and the Daily Star say they’ll demand £30m to cash-in this summer, however, I don’t think that will deter the likes of Liverpool or Spurs.

Both clubs have vast financial resources at their disposal, especially with the new TV deal kicking in, so I think West Ham’s resolve will be tested if the big boys come calling for Lanzini this summer.