Managers are now making plans for the summer transfer window so we’ll bring you all the latest news and gossip from around the globe. Today, Antoine Griezmann drops a hint he could be heading to Man Utd…. 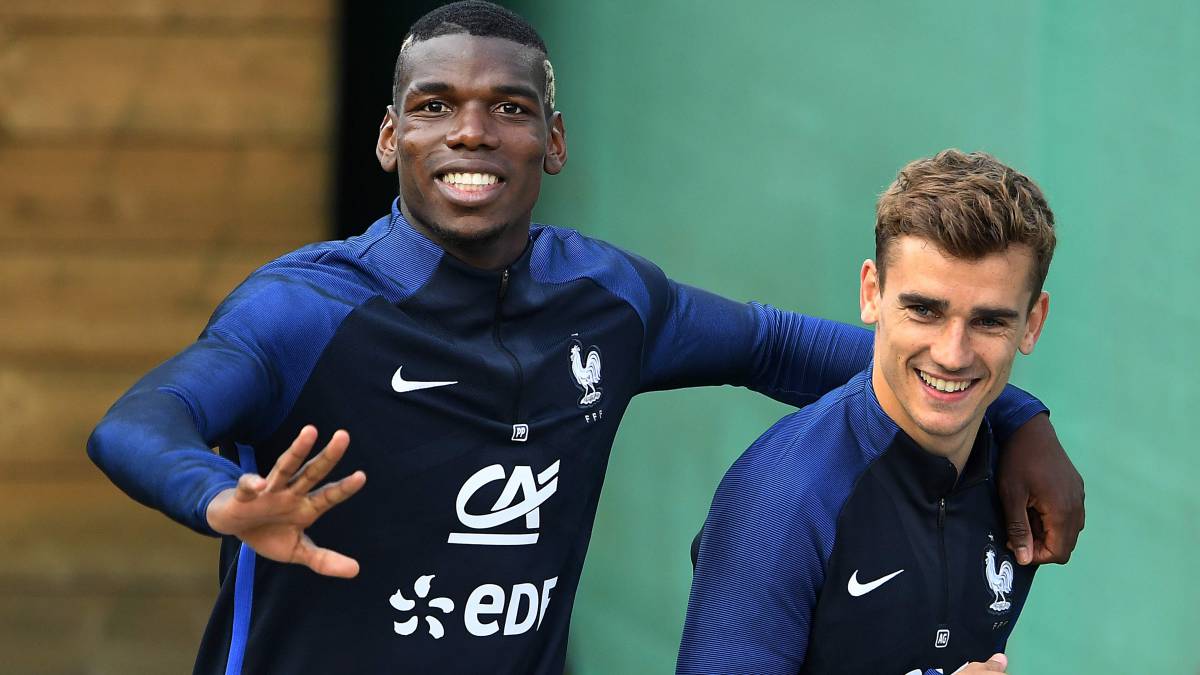 Antoine Griezmann has dropped yet another hint on social media that he could be set for a sensational move to Manchester United this summer, according to a report in the Metro.

Griezmann has been strongly linked with a move to Old Trafford this summer with The Sun reporting earlier this month that personal terms over a £280,000-a-week contract had already been agreed ahead of an £89m switch.

The striker fuelled the transfer talk a few days ago after saying on French television that there was a 6/10 chance he’d be joining United this summer before suggesting it was time to leave Atletico.

The Metro claim Griezmann’s decision hinged on United qualifying for the Champions League and Jose Mourinho’s men secured their place in the group stages with a 2-0 win over Ajax in the Europa League final last night.

After the game, Paul Pogba uploaded a video to Instagram of him copying Griezmann’s ‘Hotline Bling’ goal celebration with a caption saying ‘next season’.

Understandably, United fans took this as a huge hint that Griezmann is set to join the club but the rumours were sent in to overdrive after the Atletico attacker then ‘liked’ Pogba’s video.

Obviously we shouldn’t read too much in to these things until something more concrete comes out but in today’s high-tech age, a players activity on social media is heavily scrutinised so it’s understandable that fans are getting excited.

Griezmann would be a sensational signing if United could pull it off as he’s now one of the best strikers in the world and would provide Mourinho’s side with a much-needed goal threat next season.

With Zlatan Ibrahimovic ruled out until the end of the year with a knee ligament injury and Wayne Rooney tipped to leave, United need to bring in at least one world class attacker and Griezmann certainly fits the bill.