West Ham and Arsenal players have been included in the latest England squad which is dominated by 5 Tottenham players.

Gareth Southgate has named a 25-man squad for England’s upcoming friendlies with Scotland and France next month.

Tottenham dominate the squad with Mauricio Pochettino’s men boasting five representatives despite Danny Rose missing out as he continues to recover from a knee operation.

Kieran Trippier is rewarded for his fine late season form with a call-up along with fellow right-back Kyle Walker. Midfielders Eric Dier and Dele Alli keep their places in the squad while Harry Kane makes the cut after winning the Golden Boot last season.

Arsenal’s Alex Oxlade-Chamberlain is named in Southgate’s squad after recently recovering from a hamstring injury but there is no place for team mate Theo Walcott while Kieran Gibbs is also left out.

Instead, Southgate has gone with West Ham’s Aaron Cresswell as competition for Ryan Bertrand at left-back and Manchester City’s Raheem Sterling is named among the attackers.

Stoke’s Jack Butland is one of four goalkeepers named in the squad while Gary Cahill, Jamie Vardy and Jake Livermore all keep their places.

Manchester United have four representatives in Jesse Lingard, Phil Jones, Chris Smalling and Marcus Rashford but there is no place for Wayne Rooney in the 25.

Liverpool duo Nathaniel Clyne and Adam Lallana are included but Daniel Sturridge misses out with Jermain Defoe getting the nod following a great season for relegated Sunderland.

England will take on Scotland at Hampden Park on June 10th before heading to Paris to take on France three days later.

Here is the full squad for the games: 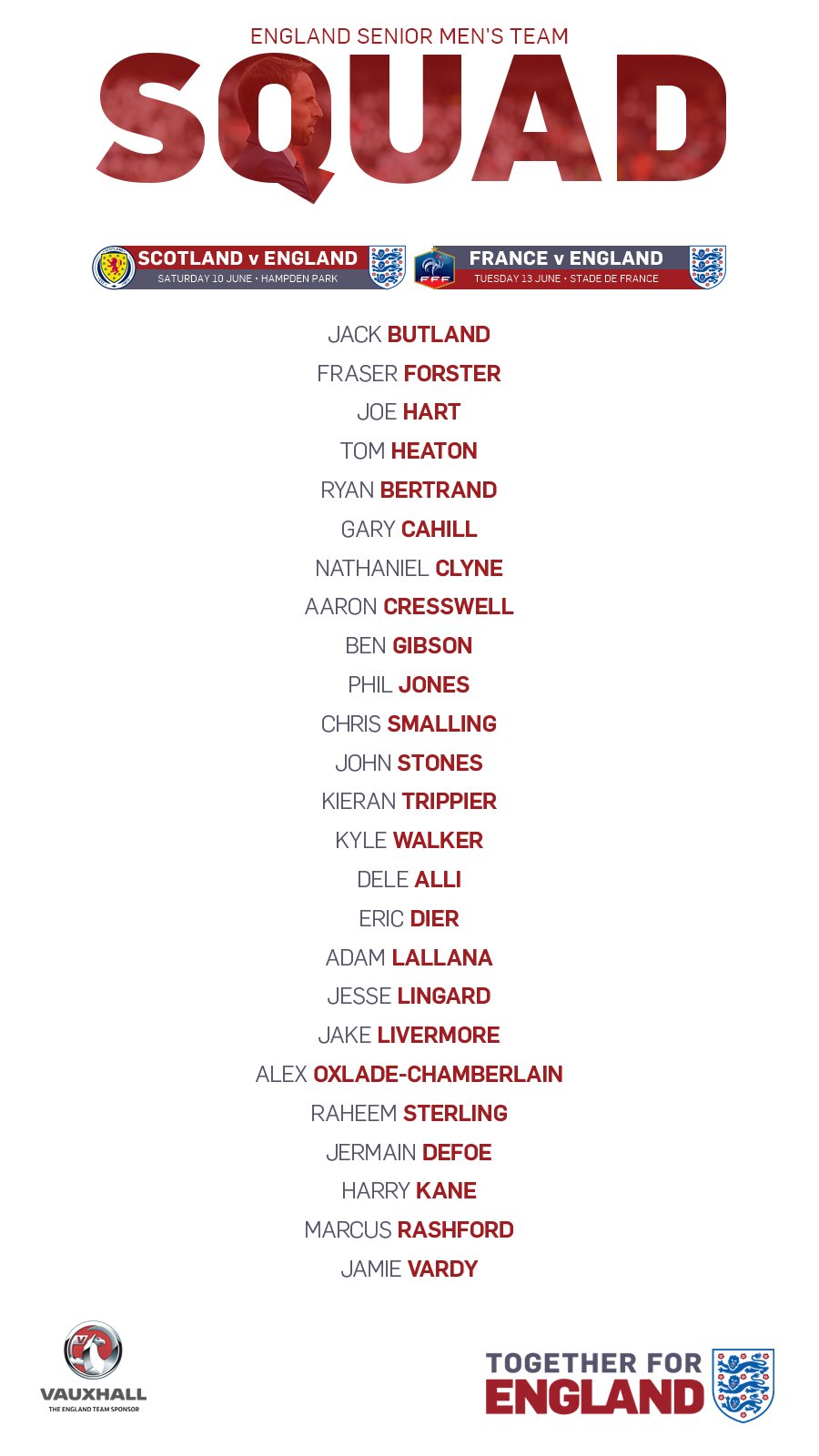