Arsenal won the FA Cup for a record thirteenth time after beating 10-man Chelsea 2-1 at Wembley this evening. Watch the goals here 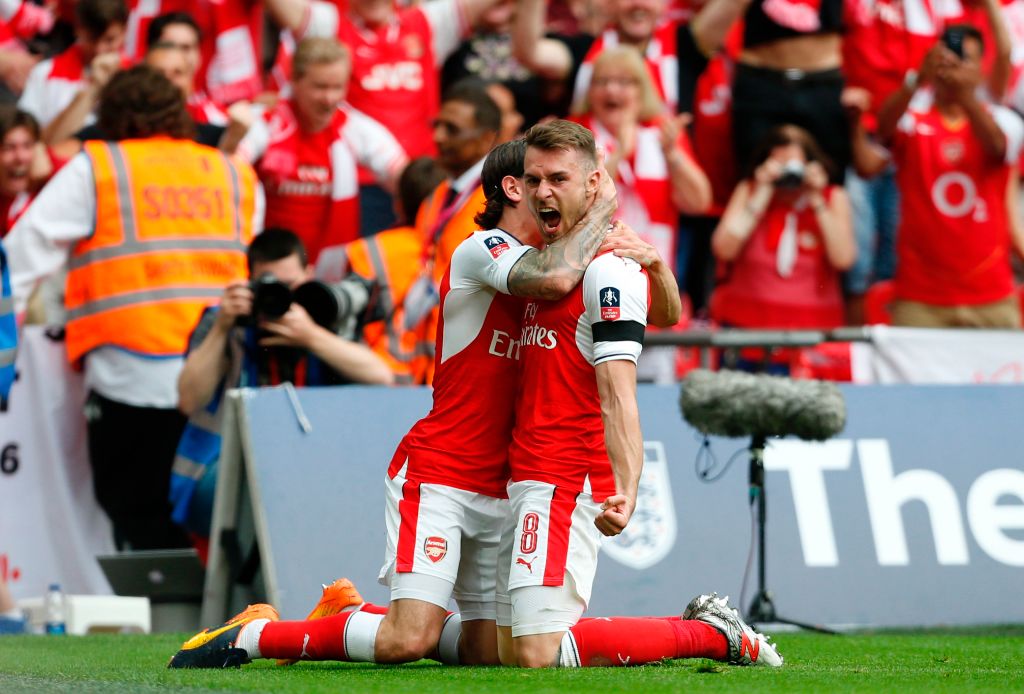 Arsenal won the FA Cup for a record thirteenth time after beating 10-man Chelsea 2-1 at Wembley this evening.

The Gunners started superbly well and deservedly opened the scoring in the 4th minute and there was some controversy about the goal as Alexis Sanchez burst through to flick the ball past Thibaut Courtois.

However, Aaron Ramsey was close to the play in an offside position while replays showed Sanchez may hand handled in the build-up but the goal was given so Arsenal had an early lead.

Chelsea’s chances of getting back in to the game were dealt a blow when Victor Moses was shown a second yellow card for a dive in the area midway through the second half.

It didn’t hold Antonio Conte’s men down as they drew level in the 77th minute when Diego Costa’s effort deflected off Per Mertesacker and past David Ospina – although the Colombian international will feel he should have done better.

However, Arsenal wasted no time in regaining the lead as they restored their advantage two minutes later when substitute Olivier Giroud found Aaron Ramsey with a lovely cross and the midfielder headed home what turned out to be the winner.