Managers are now making plans for the summer transfer window so we’ll bring you all the latest news and gossip from around the globe. Today, Jack Wilshere is tipped to join West Ham….

Former Arsenal star Ray Parlour says Jack Wilshere has to leave the Gunners this summer and tipped the midfielder to join West Ham for as little as £10m, according to a report in the Express.

Wilshere has been with Arsenal his entire career having joined the clubs youth system as a child and was once heralded as a future captain of the north Londoners after breaking in to the first team aged just 16.

However, the midfielder’s career has been blighted by several serious injuries and Wilshere was forced to go out on loan to Bournemouth last summer after playing just 3 times for Arsenal during the 2015/16 season.

The 25-year-old enjoyed an encouraging start to life on the south coast and impressed during his 29 Premier League appearances before his campaign was ended by yet another fractured leg.

Wilshere is now facing an uncertain future as he looks to work his way back to full fitness with just one year remaining on his Arsenal contract and he’s unlikely to be a regular if he stays at the Emirates.

Former Arsenal midfielder Ray Parlour is quoted by the Express a telling talkSPORT this morning that Wilshere needs to leave his boyhood club in order to secure regular first team football. 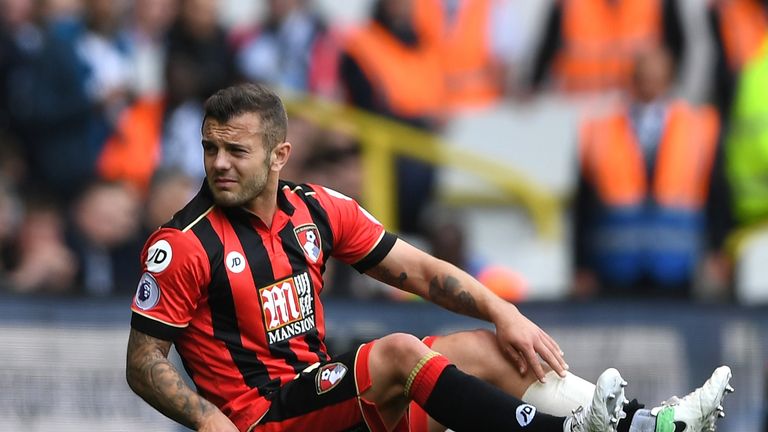 Parlour has suggested West Ham would be an ideal destination for the England international and says Wilshere could be sold for just £10m due to his contract situation.

Parlour is quoted as telling talkSPORT by the Express:

“The injuries have really taken its toll with Jack. I’m really pleased he went out last season on loan to Bournemouth, got some game time because he’s been lacking that.”

“Moving forward, it’s a massive decision that Jack’s got to make as well. Does he want to try and fight for his position at Arsenal or does he want to go out to a club and play?

“Another club, West Ham might be ideal for Jack Wilshere. I think if he wants to play on a regular basis, yes (I think he should leave), I really do.

“I don’t think he will play on a regular basis, I know he’s had his injuries this season as well but he’s played a lot more football.

“Again, I’ll go back to West Ham, they will be looking at midfielders, a bit more quality. I would say would Jack be worth £10million? He’s only got a year left on his contract, that’s the big stumbling block.”

It’s certainly going to be a pivotal summer for Wilshere as Arsenal are either going to have to back him to get over his injury woes by offering him a new deal or sell him to the highest bidder.

A few years ago, Wilshere would have been worth well over £30m-£40m and despite his injuries and contract situation, I still think Arsenal will want more than £10m this summer.

However, I do think Parlour is right in saying that West Ham would be a good fit for Jack if he does leave Arsenal and I’m sure the Hammers fans would love to see him arrive at the London Stadium – if they could keep him fit.