Managers are now pressing ahead with their plans for the summer transfer window so we’ll bring you all the latest news and gossip from around the globe. Today, more on the future of Douglas Costa… 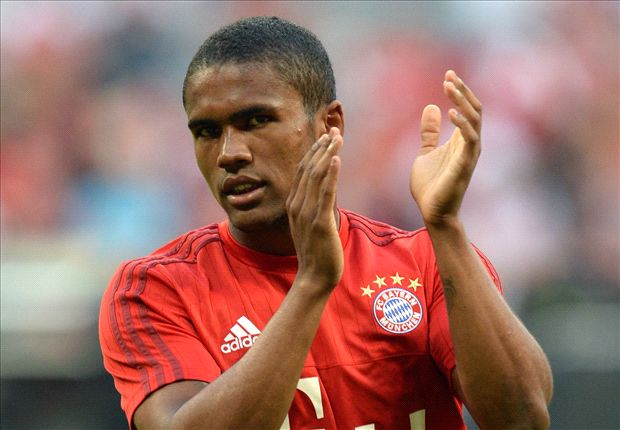 Manchester United could help scupper Liverpool’s attempts to sign Bayern Munich’s £40m-rated attacker Douglas Costa this summer, according to a report in the Mirror.

Costa is expected to leave Bayern over the coming weeks after struggling to hold down a regular place in Carlo Ancelotti’s side last season after starting just 14 Bundesliga games.

With Arjen Robben and Franck Ribery the preferred options on the wings, it’s led to speculation that the Brazilian international will be on the move and there is plenty of interest being shown in his services.

The Mirror claim that Liverpool are among the clubs trying to sign Costa as Jurgen Klopp looks to strengthen his squad ahead of their return to the Champions League next season.

The newspaper says Bayern are willing to do business at around £40m and I think that would be good business for a top class player like Costa in today’s over-inflated market.

Costa is predominantly a left-sided attacker but he’s more than comfortable playing on the right wing so he’d provide excellent competition for the likes of Philippe Coutinho and Sadio Mane if he was to move to Anfield.

However, Liverpool’s hopes of signing the 26-year-old South American have been dealt a blow as the Mirror claim that Inter Milan have joined the chase to sign Costa as they look to replace Ivan Perisic.

The Croatian international has been strongly linked with a move to Man Utd with the Express reporting yesterday that Perisic has agreed personal terms worth £100,000-a-week ahead of a proposed move to Old Trafford.

And the Mirror are citing a report from Sky Italia that suggests Inter are now eyeing Costa as a replacement for Perisic meaning United could inadvertently scupper Liverpool’s move if the Brazilian attacker ends up at the San Siro.

It would be a big blow for Liverpool if they miss out on Costa as I think he’d be a superb addition to their squad and I’m sure United fans will be pleased if their side play a part in their rivals missing out.