The fixtures for the 2017/18 Premier League campaign have been announced. Here are the schedules for Arsenal and Tottenham.

The fixtures for the upcoming 2017/18 Premier League campaign have been announced this morning. Here we’ll bring you the schedules for north London rivals Arsenal and Tottenham.

The Gunners endured a disappointing 2016/17 campaign after missing out on the top four for the first time in 20 years so Arsene Wenger will be looking to get off to a positive start after signing a new two-year contract.

They should be confident of doing so at home to Leicester City on the opening weekend but then Arsenal face tough away trips to Stoke, Liverpool and Chelsea over the next few weeks.

The first north London derby will be in mid-November while the Gunners will face a trick Christmas/New Year period with games home against Liverpool and Chelsea as well as two tricky away trips to Crystal Palace and West Brom.

Thankfully for Wenger, their run-in looks good as they’ll face only one of the ‘big 6’ from March until the end of the season so they’ll be hoping to make a late push if they’re still in touch at the top of the table. 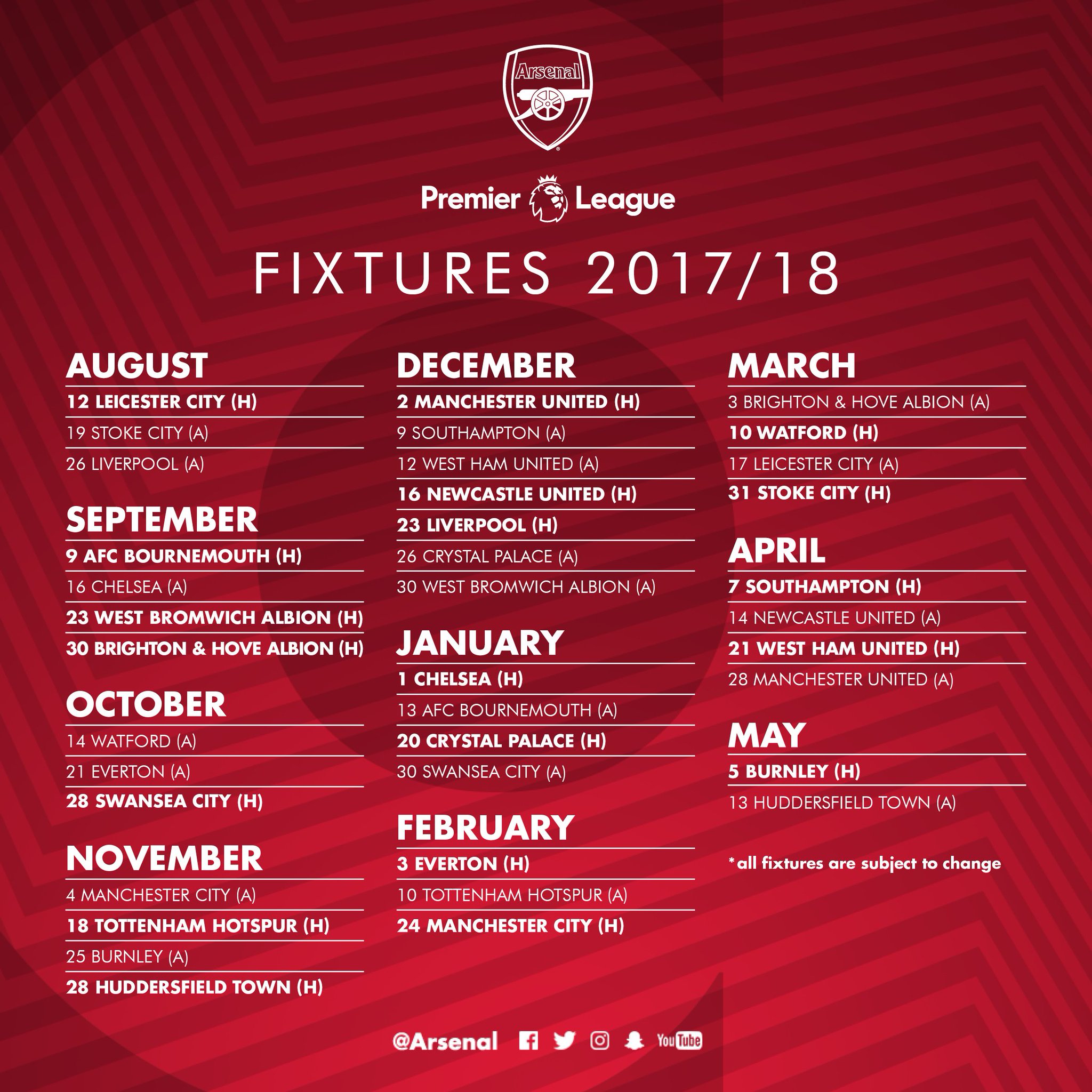 Mauricio Pochettino will be looking to go one better after finishing second last season and Spurs face a tricky start away to newly-promoted Newcastle United on the opening weekend of the new campaign.

Tottenham’s first game at their adopted Wembley home will be a special one as they welcome champions Chelsea before Burnley head to the capital the following week.

Spurs take on Arsenal in November before welcoming them to Wembley for the return fixture in mid-February while Pochettino should be pleased with his festive fixtures as they face Burnley, Southampton, West Ham and Swansea.

The run-in also looks favourable for Tottenham as they face Brighton, Watford, West Brom and Leicester over the final four games of the season so Pochettino will be praying they are right in the mix after the Man City clash on April 14th. 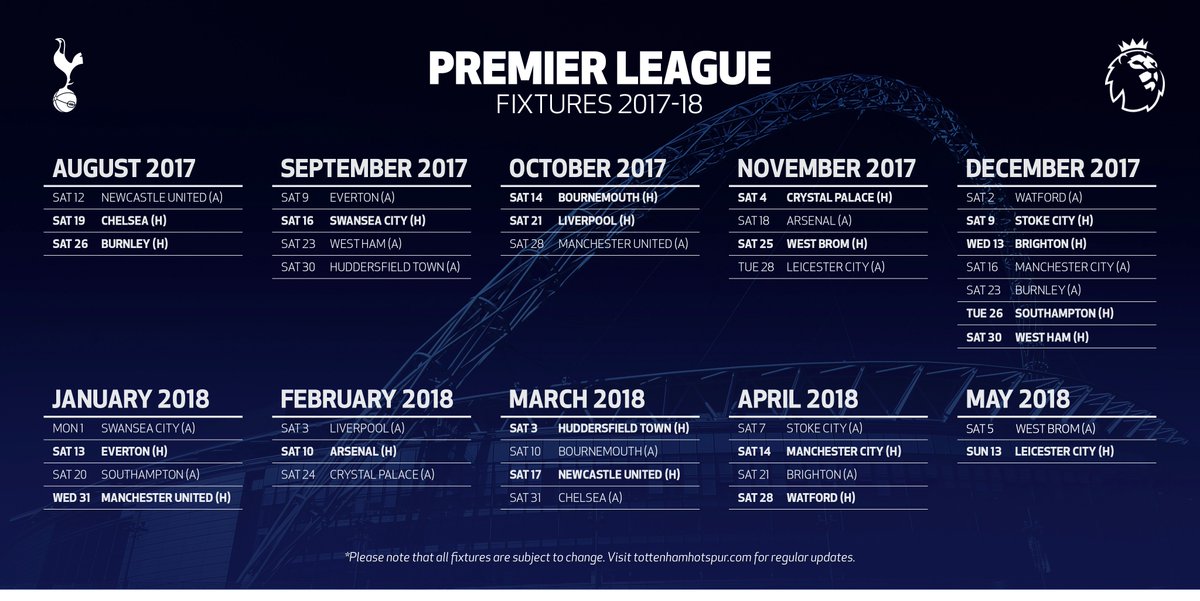