The fixtures for the 2017/18 Premier League campaign have been announced. Here we’ll bring you the schedules for north west rivals Man Utd and Liverpool.

The fixtures for the 2017/18 Premier League campaign have been announced this morning. Here we’ll bring you the schedules for north west rivals Man Utd and Liverpool.

Jurgen Klopp will look to build on an encouraging first full season in charge and the Reds kick off the new campaign away to Watford before welcoming Crystal Palace to Anfield.

Liverpool then take on Arsenal and Manchester City [A] while the first Manchester United game sees them head to Old Trafford in mid-October after the international break.

The Christmas period looks positive as after taking on Arsenal at the Emirates the Merseysiders have two home games against Swansea and Leicester before facing Burnley away on New Years Day.

The first Mersey derby will be held at Anfield towards the start of December while Liverpool will end the season with newly-promoted Brighton at home. 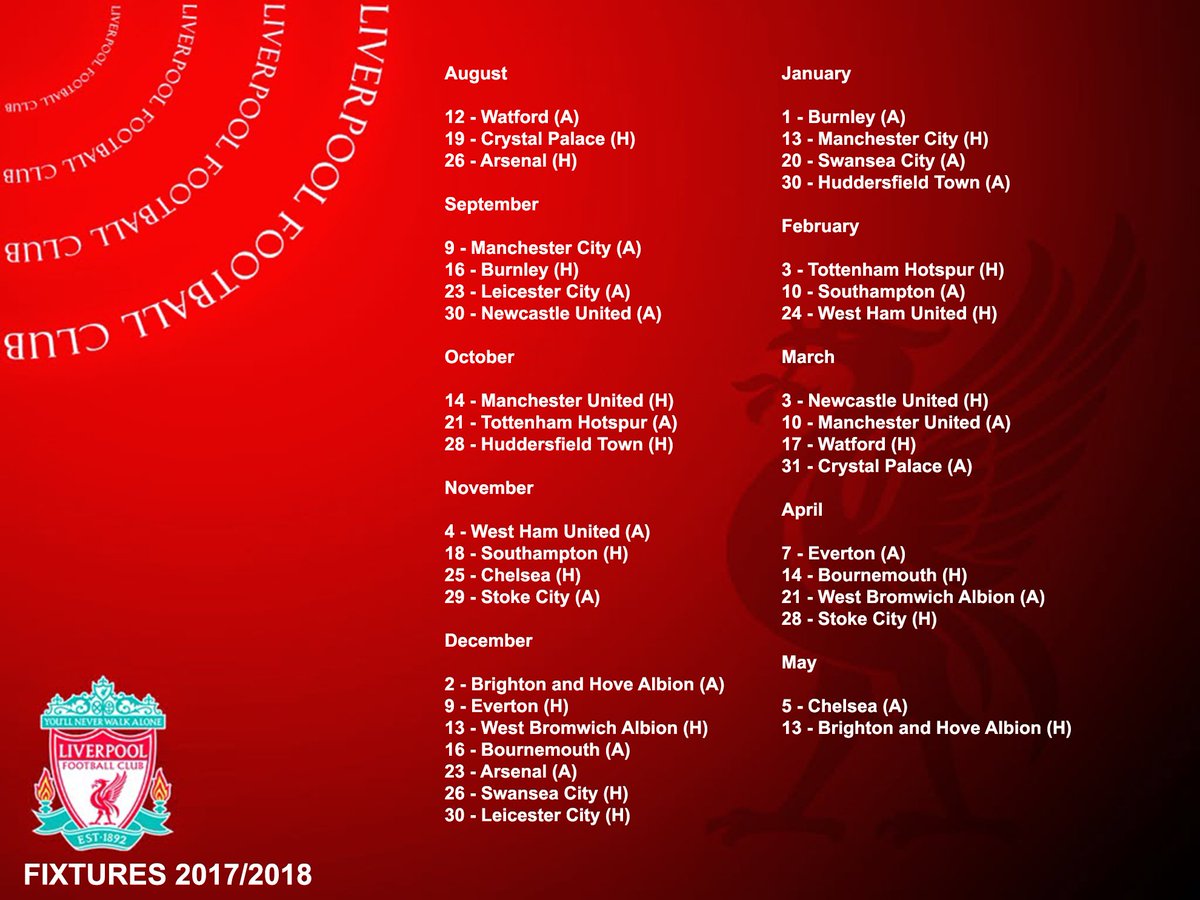 United will be desperate to get back in the top four after finishing sixth last season and they will look to get off to a good start when they entertain West Ham at Old Trafford on the opening weekend.

Jose Mourinho should be happy with their fixtures as they have an excellent run of seven winnable games before they head to Anfield to face Liverpool in mid-October.

Christmas also looks favourable as United have two home games against Burnley and Southampton before taking on Everton at Goodison Park on New Years Day.

The first Manchester derby comes on the 9th December while United have a decent run-in with games against West Brom, Bournemouth, Brighton and Watford either side of the Arsenal clash.