Managers are now pressing ahead with their plans for the summer transfer window so we’ll bring you all the latest news and gossip from around the globe. Today, Liverpool and Tottenham are linked with Piotr Zielinski…. 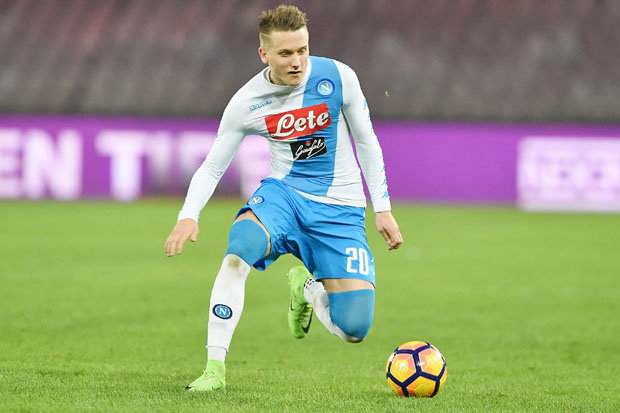 Liverpool and Tottenham have lodged audacious £25m bids for Piotr Zielinski but Napoli are demanding the full value of the midfielders £61m buyout clause, according to a report in the Express.

Zielinski made his name at Udinese after coming through their youth system after moving to Italy when he was a teenager but he’s developed in to one of the most exciting midfielders in Serie A since joining Napoli last summer.

The 23-year-old has seen his reputation sky-rocket during the past 12 months after chipping in with 6 goals and 7 assists for Napoli last season while Zielinski is also now a regular with the Poland national team.

The midfielder’s form has caught the eye of several Premier League clubs and the Express are citing a report coming from Il Mattino that claims Liverpool and Tottenham have now formalised their interest.

The Italian paper says the English duo have lodged opening £25m offers but they fall well short of Napoli’s valuation as the Serie A outfit are demanding the full value of Zielinski’s £61m buyout clause is met.

Napoli are under no pressure to sell as Zielinski still has four years left to run on his contract so it looks as though Liverpool and Spurs are going to have to up their offers substantially if they’re to get a deal agreed.

Jurgen Klopp was linked with a move for Zielinski last summer and it seems the Liverpool boss has now renewed his interest as he looks to strengthen his squad ahead of the Merseysiders return to the Champions League.

Jordan Henderson has endured injury problems with his foot over the past 18 months so Klopp could be viewing Zielinski as the man to offer support to the Liverpool skipper next season.

However, they’re facing stiff competition from Tottenham as Mauricio Pochettino is also expected to strengthen his squad after finishing second in the table last year while the north Londoners know they need more depth if they’re to compete domestically and in Europe.

We’ll have to wait and see whether Liverpool or Spurs decide to increase their offers but Zielinski is a hugely exciting talent so I think he’d be an excellent long-term addition if either team could secure his signature.