Managers are now pressing ahead with their plans for the summer transfer window so we’ll bring you all the latest news and gossip from around the globe. Today, Fabinho is close to joining Man Utd….

Manchester United are on the verge of signing Fabinho after agreeing a £35m deal with Monaco as Jose Mourinho plots two more big-money signings, according to a report in the Mirror.

The United boss is expected to be extremely active in the transfer market this summer as he looks to build a squad capable of competing in the Premier League and Champions League next season.

Mourinho has already splashed out over £30m on the signing of Swedish centre-back Victor Lindelof from Benfica but it looks as though he’s plotting at least two more significant new additions over the coming weeks.

A long-term replacement for Michael Carrick – who turns 36 next month – is needed and Fabinho has emerged as a prime target in recent weeks after catching the eye following a superb campaign with Monaco.

The Brazilian international made his name as a right-back but excelled in a holding midfield role last season to help Leonardo Jardin’s side clinch the Ligue 1 title ahead of PSG.

The Telegraph reported earlier this month that United were in talks to sign the player and it looks like a breakthrough has been found as the Mirror are citing a report from Corriere dello Sport that claims a deal has now been agreed between the two clubs.

The Italian outlet says United have seen off interest from Juventus and Inter Milan to snap-up Fabinho in a deal that will see them pay £30.7m (€35m) up front with a further £4.4m (€5m) in performance-based add ons.

Undergoing a medical and agreeing personal terms shouldn’t be an issue for the 23-year-old so a deal could be wrapped-up soon and I think Fabinho would prove to be an excellent signing for United. 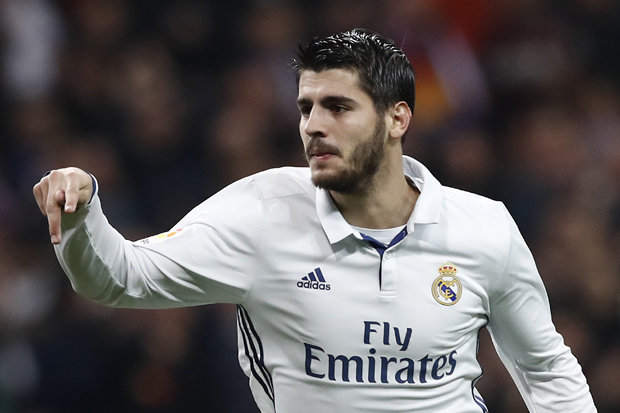 And the Mirror claim Fabinho could be followed to Old Trafford by Alvaro Morata as Mourinho is reportedly determined to sign a top class striker this summer and the 24-year-old is a key target.

United desperately need to replace Zlatan Ibrahimovic ahead of the new season and the newspaper says the club are confident of reaching a deal with Real Madrid to land Morata.

The Spanish hitman has struggled to hold down a regular place in Zinedine Zidane’s side since returning to the Bernabeu last summer so it looks like Mourinho is ready to offer him a starring role ahead of next year’s World Cup finals.

It would be a sensational double swoop if United could land both Fabinho and Morata over the coming weeks but fans shouldn’t get too excited until they see the deals announced on ManUtd.com.