Arsenal have announced the arrival of Alexandre Lacazette on Arsenal.com after the striker joined the club on a long-term contract from Lyon.

Managers are now pressing ahead with their plans for the summer transfer window so we’ll bring you all the latest news and gossip from around the globe. Today, Arsenal have confirmed the signing of Alexandre Lacazette… 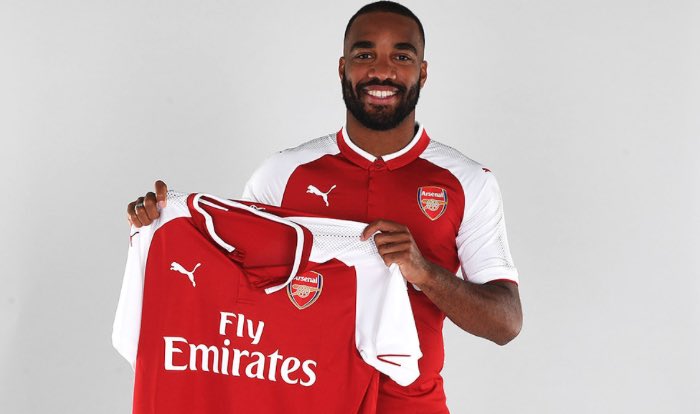 Arsenal have announced the arrival of Alexandre Lacazette on Arsenal.com after the striker joined the club on a long-term contract from Lyon.

Arsene Wenger has been searching for a top class hitman to help turn us in to genuine title contenders next season after we missed out on the top four last year and Lacazette emerged as his prime target.

Constant speculation in recent weeks has claimed we’ve been locked in negotiations with Lyon over a deal and a breakthrough was reached after president Jean-Michel Aulas confirmed that the striker was heading to Arsenal.

Lacazette was soon flying to London to finalise his move and Sky Sports News revealed yesterday that the 26-year-old had successfully undergone a medical at our London Colney training base.

We’ve been patiently waiting for an announcement and Arsenal finally confirmed the good news on Arsenal.com this evening with Lacazette joining on a long-term contract.

As ever, Arsenal haven’t disclosed the fee but Lyon claim on their website that we’ve paid an initial £46.5m [€53m] with the fee rising to £52.6m [€60m] including various add ons and Lacazette is understood to have penned a five-year deal. 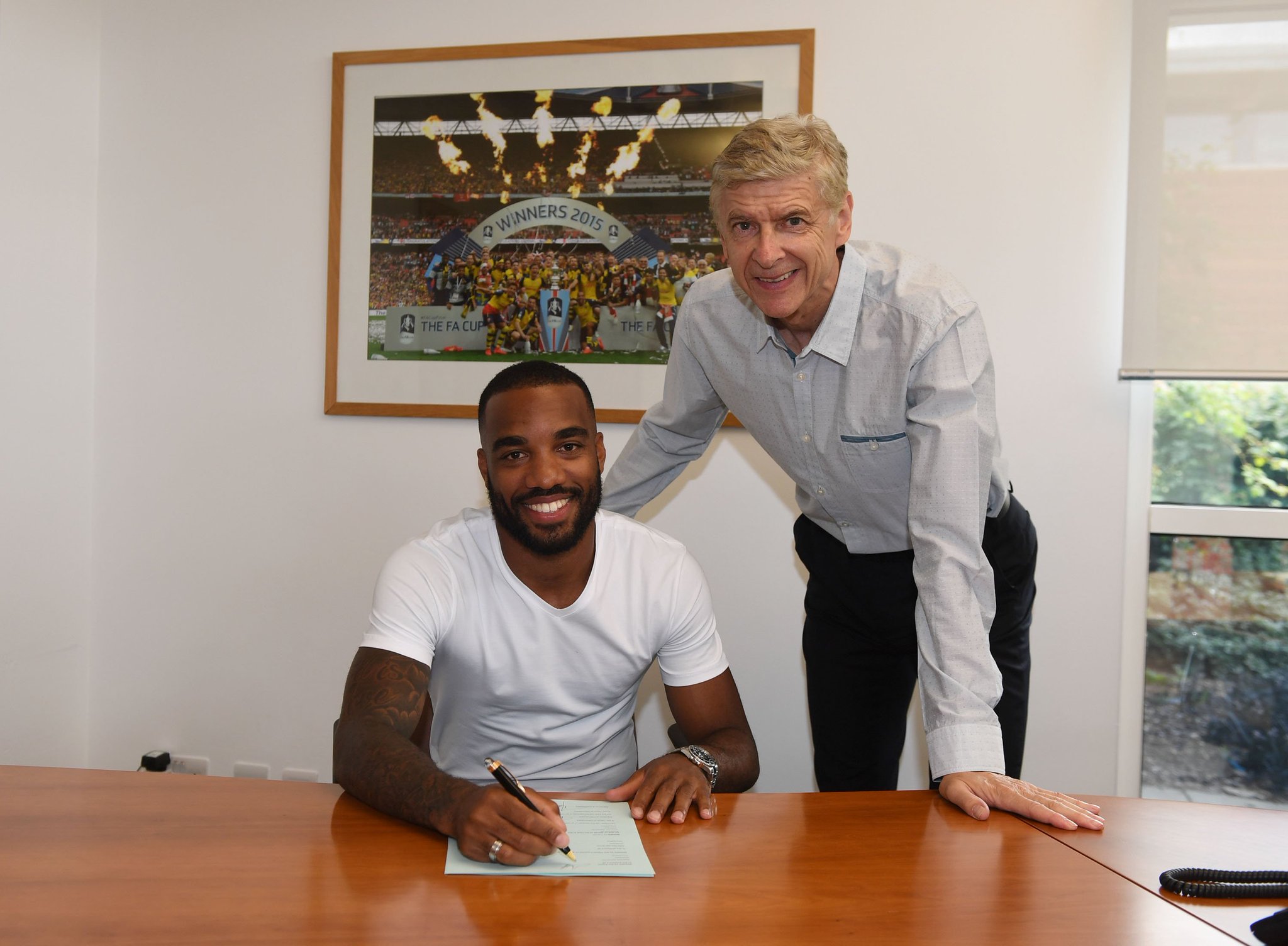 “We are very happy to have Alexandre join our group. He has shown over a number of years that he can score goals and that he is a very efficient finisher. As well, he has very interesting technical qualities and a strong character. So he is a guy who is a great addition for us, and someone who will help us challenge at the top level this season.”

Lacazette becomes our record signing as the deal surpasses the £42m we paid for Mesut Ozil in 2013 and he is our second major signing of the summer after we snapped-up Sead Kolasinac on a free transfer from Schalke.

The French international will certainly add a real goal threat up front as he scored 37 times in all competitions for Lyon last season and has been one of the most prolific strikers in Europe for the past three years.

I think Lacazette is going to be a top addition to the squad as we’ve got our hands on a pacey striker who is an excellent finisher, however, his arrival is only going to cast further doubt over the future of Olivier Giroud – who’s being strongly linked with a move away from the Emirates.

Here are some further photos of Lacazette after he completed his move to Arsenal: 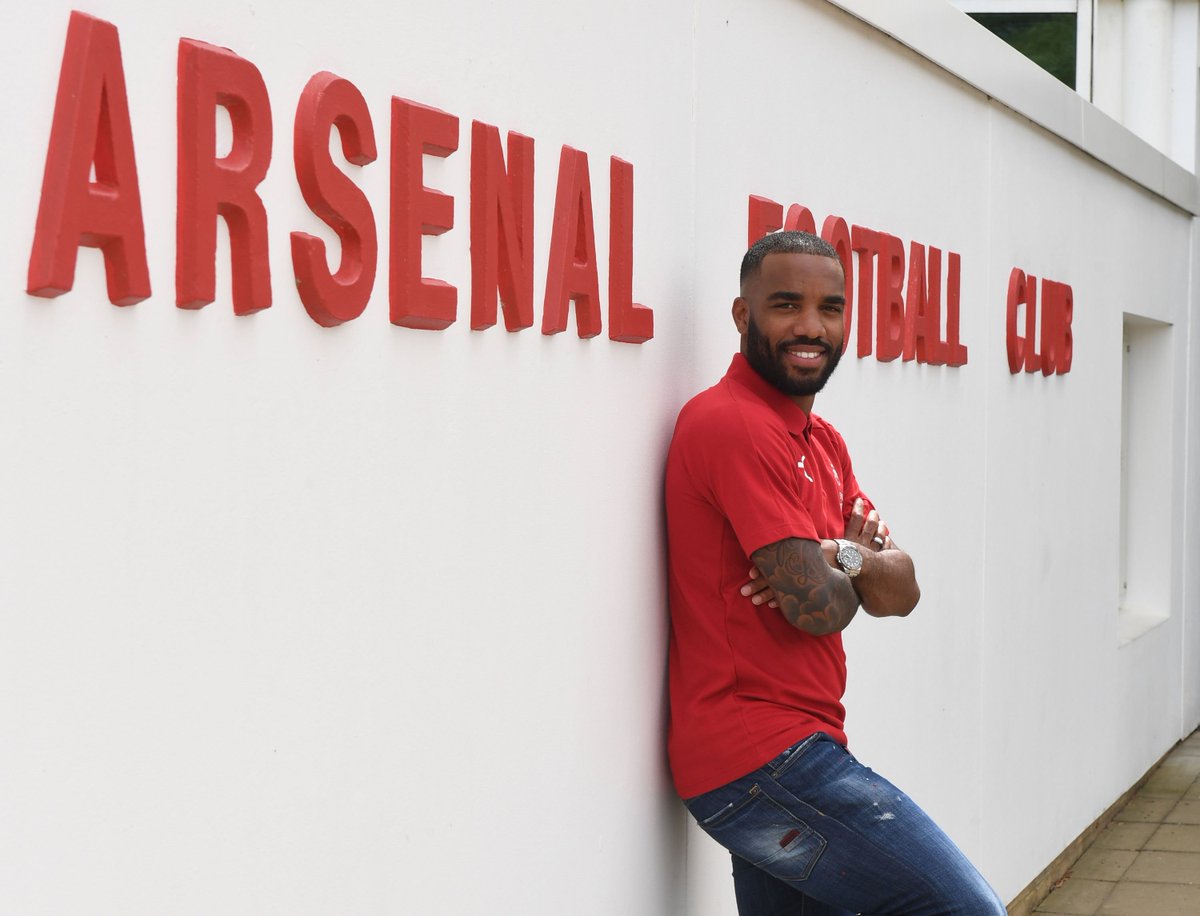 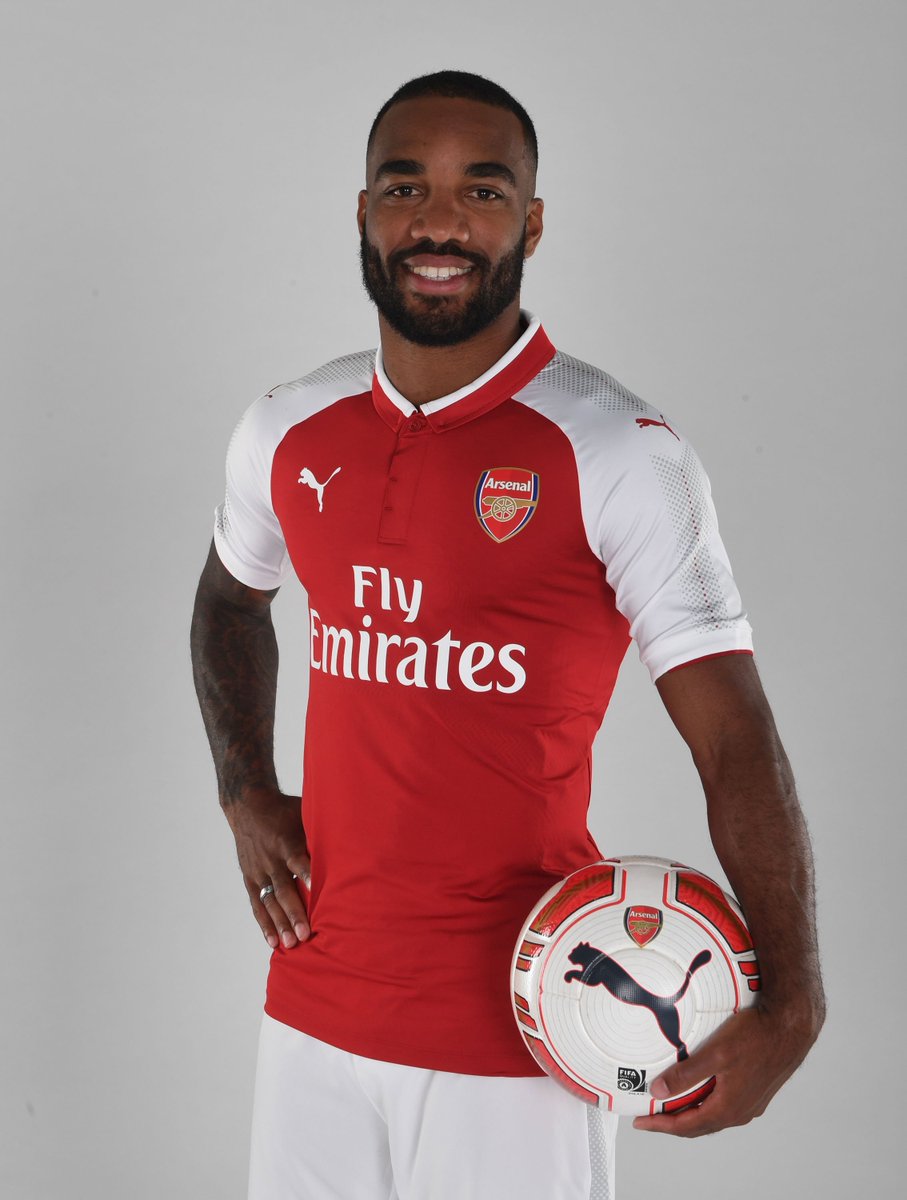 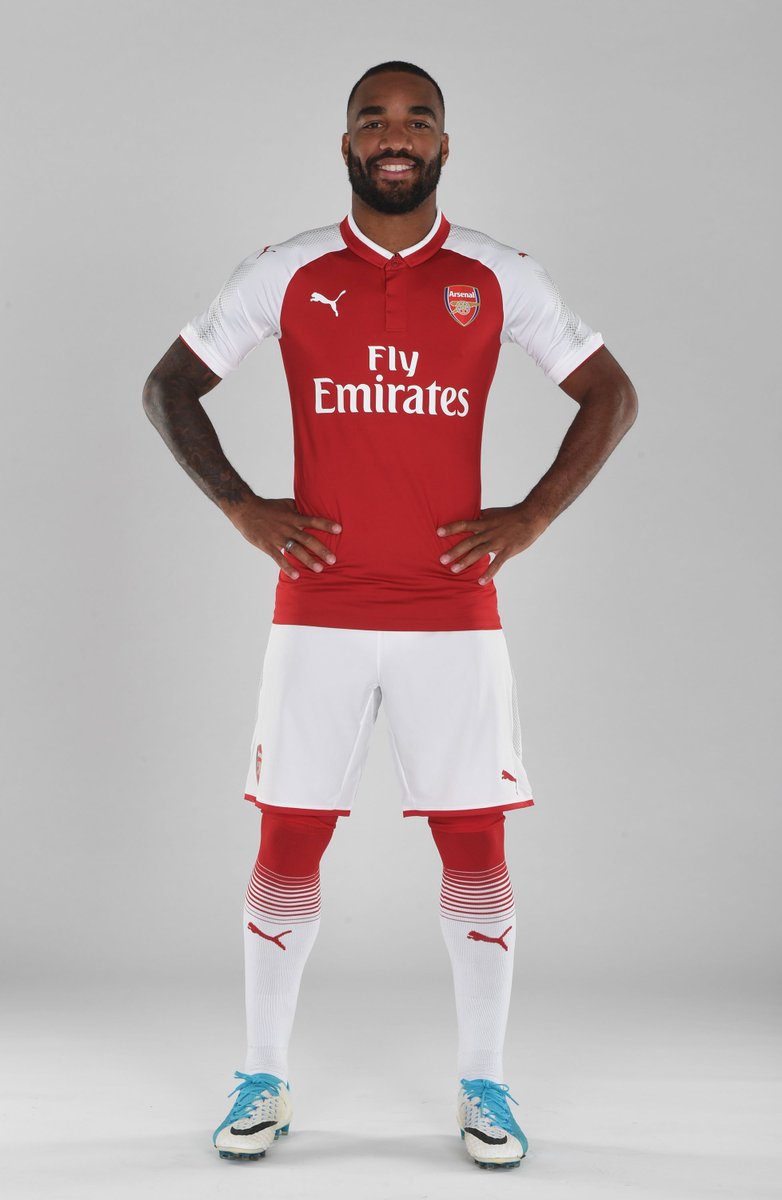