Kyle Walker has been posing with his new Manchester City kit after completing a record £54m move from Tottenham Hotspur today.

Managers are now pressing ahead with their plans for the summer transfer window so we’ll bring you all the latest news and gossip from around the globe. Today, Kyle Walker completes his move to Man City… 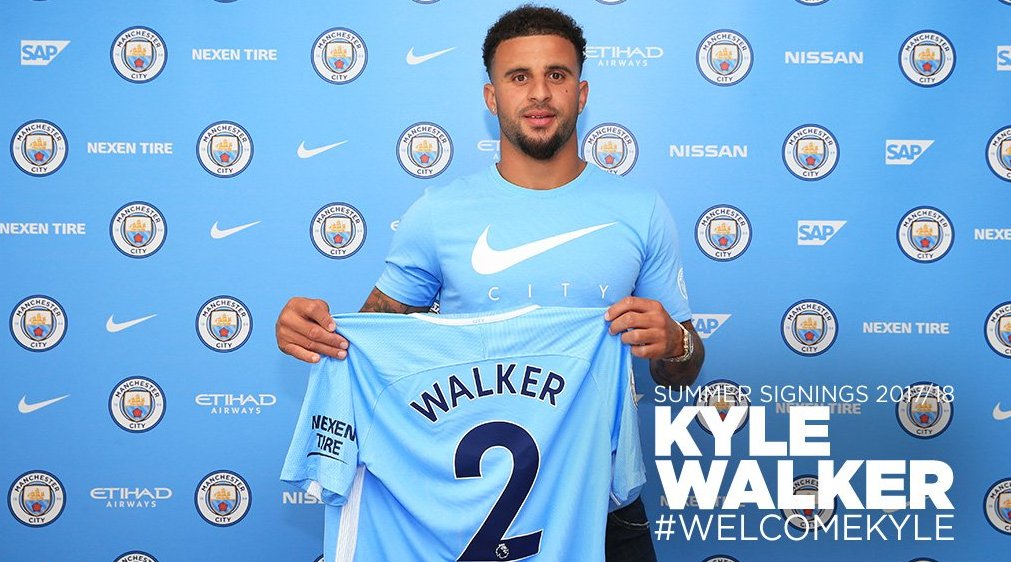 Kyle Walker has been posing with his new Manchester City kit after completing a record £54m move from Tottenham Hotspur today.

Walker had been strongly linked with a move to City in recent months after falling out with Spurs boss Mauricio Pochettino during the second half of last season.

Pep Guardiola has been desperately trying to strengthen his options at right-back after letting Bacary Sagna and Pablo Zabaleta leave and he recently missed out on the signing of Dani Alves – who opted to join PSG.

City have been working on a deal for Walker for some time and a breakthrough was eventually reached yesterday with the 27-year-old heading to Manchester to finalise the move.

City have now confirmed on mcfc.co.uk that Walker has joined the club on a five-year contract with the defender taking the number two shirt for the coming season.

After completing the move, Walker told the clubs website:

‘I am thrilled to be signing for City and can’t wait to get started,’

‘Pep Guardiola is one of the most respected managers in the world and I feel he can help me take my game to a new level.’

Neither club has officially disclosed the fee but the Daily Mail claim City have paid £54m, including add ons, which makes Walker the most expensive defender of all time after eclipsing the £50m paid for David Luiz.

The defenders former club Sheffield United are due around £5m from the transfer due to a 10% sell on clause which was agreed when Walker moved to Spurs in 2009.

Walker developed in to one of the best right-backs in the Premier League during his eight years at White Hart Lane so I think he’ll be an excellent addition to the City squad.

Here are more photos of him after completing his move to City: 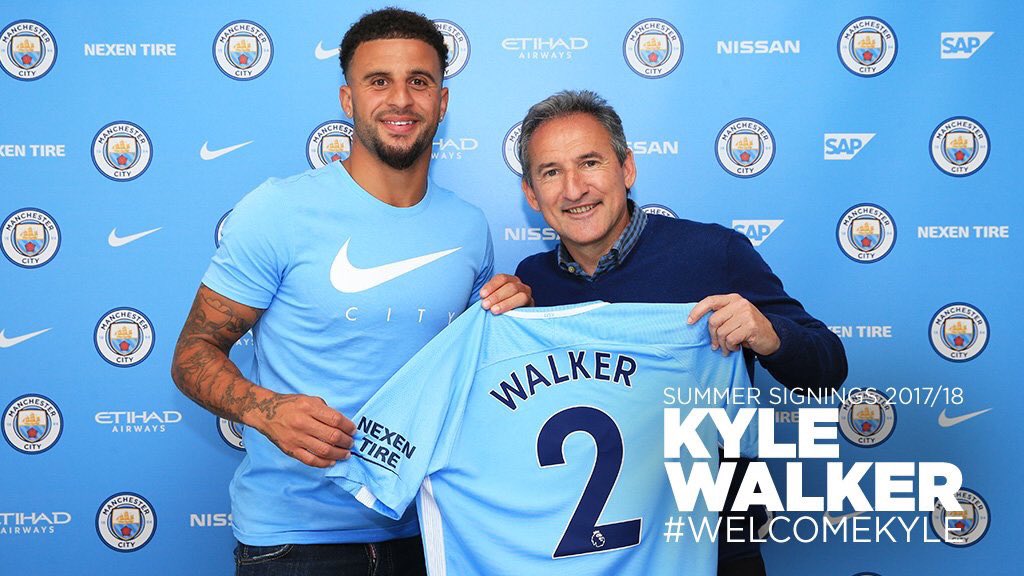 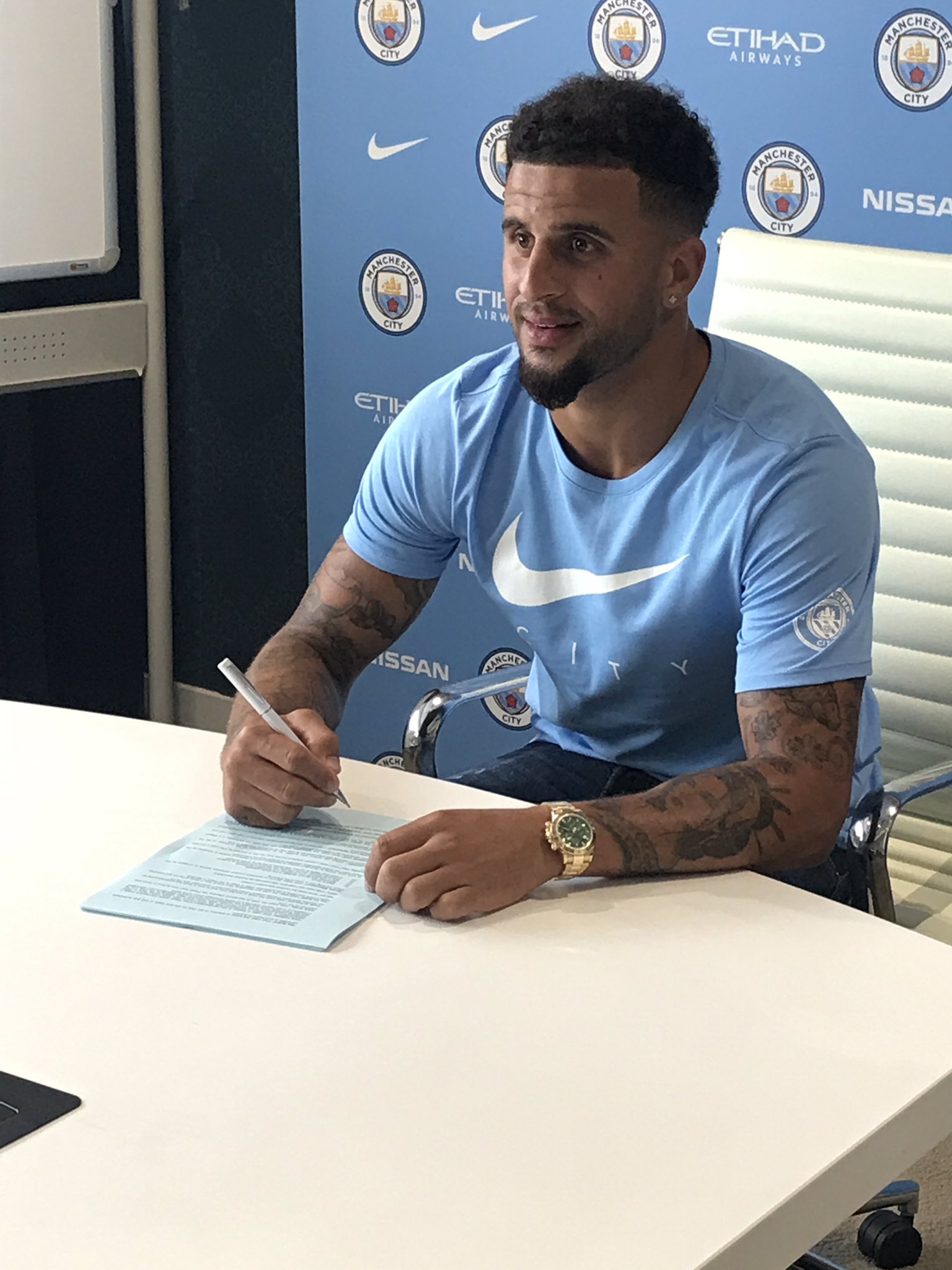 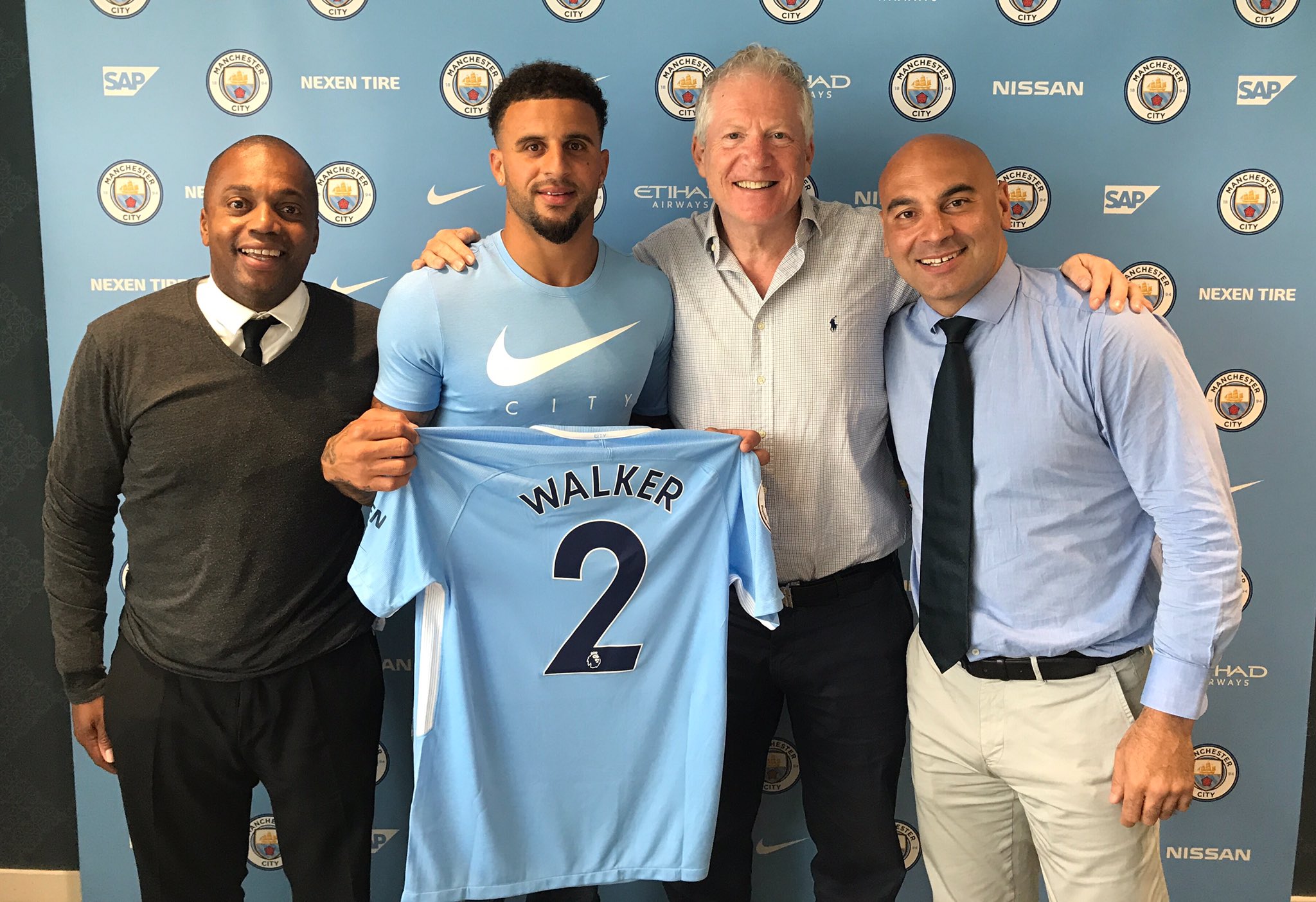