Managers are now pressing ahead with their plans for the summer transfer window so we’ll bring you all the latest news and gossip from around the globe. Today, Liverpool are close to signing Andy Robertson… 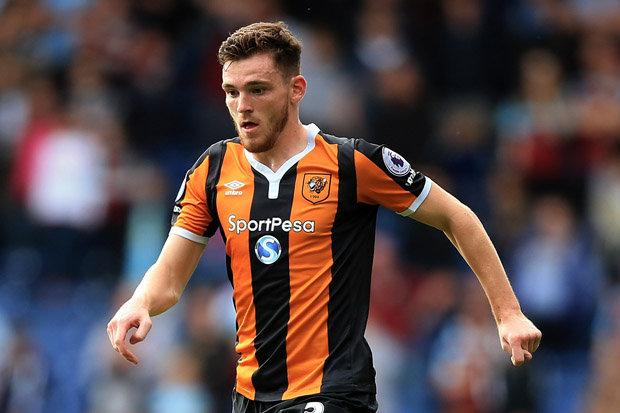 Liverpool are on the verge of completing an £8m deal to sign Hull City full-back Andy Robertson as Jurgen Klopp closes-in on his third signing of the summer, according to the Guardian.

Klopp has already wrapped-up deals to sign striker Dominic Solanke from Chelsea and winger Mohamed Salah from Roma but the Reds boss is still looking to strengthen his options in defence.

A new left-back to compete with James Milner is needed as the midfielder was converted to defence last season after Alberto Moreno fell out-of-favour under Klopp.

Milner performed superbly well in the unfamiliar position but Liverpool need a specialist full-back in that department and Robertson will provide solid competition if he completes his proposed move to Anfield.

The 23-year-old has been linked with Liverpool for some time and it appears Klopp has finally formalised his interest as the Guardian claim an £8m deal is now all but complete.

The newspaper says negotiations between Liverpool and Hull are almost finalised so Robertson should be given the go-ahead to undergo his medical and complete his switch over the coming days.

Robertson joined Hull from Dundee United in 2014 and impressed during their doomed Premier League campaign last season that saw the Tigers relegated to the Championship while he’s also a regular with the Scottish national team having made his debut back in March 2014.

I think we’ll see Milner continue to be Klopp’s first choice left-back in the league and Champions League this coming season with Robertson given a chance to impress in the domestic cups but the youngster is obviously being lined-up as a long-term replacement.

His arrival will cast further doubt over the future of Moreno and I expect the Spaniard will seal a move away from Anfield before the end of the summer.