Chelsea and Liverpool are battling-it-out over a potential £16m deal to sign Werder Bremen striker Max Kruse this summer, according to reports

Managers are now pressing ahead with their plans for the summer transfer window so we’ll bring you all the latest news and gossip from around the globe. Today, Chelsea and Liverpool are linked with Max Kruse… 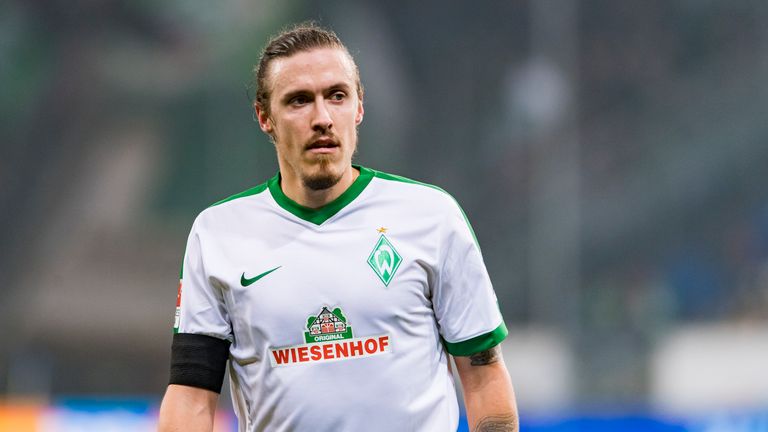 Chelsea and Liverpool are battling-it-out over a potential £16m deal to sign Werder Bremen striker Max Kruse this summer, according to a report in the Metro.

Kruse has enjoyed a well-travelled career as after coming through the Bremen youth academy he left the club in 2009 and spent time with the likes of Freiburg, Borussia Monchengladbach and Wolfsburg among others before re-joining his former club last summer.

The 29-year-old was a big hit back at the Weserstadion as he scored 15 goals and provided a further 7 assists in just 23 appearances despite Bremen finishing eighth in the Bundesliga table.

It appears the strikers form has caught the eye of teams here in the Premier League as the Metro are citing a report from Sport Bild that claims Chelsea and Liverpool are showing a keen interest in signing Kruse this summer.

Bremen are hoping to persuade the striker to stay at the club but the German publication suggests they won’t stand in his way as long as Chelsea or Liverpool meet their £16m asking price.

It remains to be seen whether either club will be prepared to match that valuation but I think Kruse would be regarded as nothing more than a squad player if he was to move to Chelsea or Liverpool this summer.

The Blues are on the verge of wrapping-up a club record deal to sign Alvaro Morata from Real Madrid but with Diego Costa set to leave, Antonio Conte may need further reinforcements up front.

Chelsea will have Champions League football to contend with this coming season so they’ll need a larger squad than last year and it looks like Kruse is being eyed as a potential back-up option for Morata.

However, Liverpool are also being tipped to further strengthen their squad and Jurgen Klopp could certainly do with another viable option through the middle amid on-going concerns over the fitness of Daniel Sturridge.

Kruse is also seemingly on his radar but Roberto Firmino is the established striker at Anfield now so he would also have to play a supporting role if the German international does end up joining Liverpool this summer.